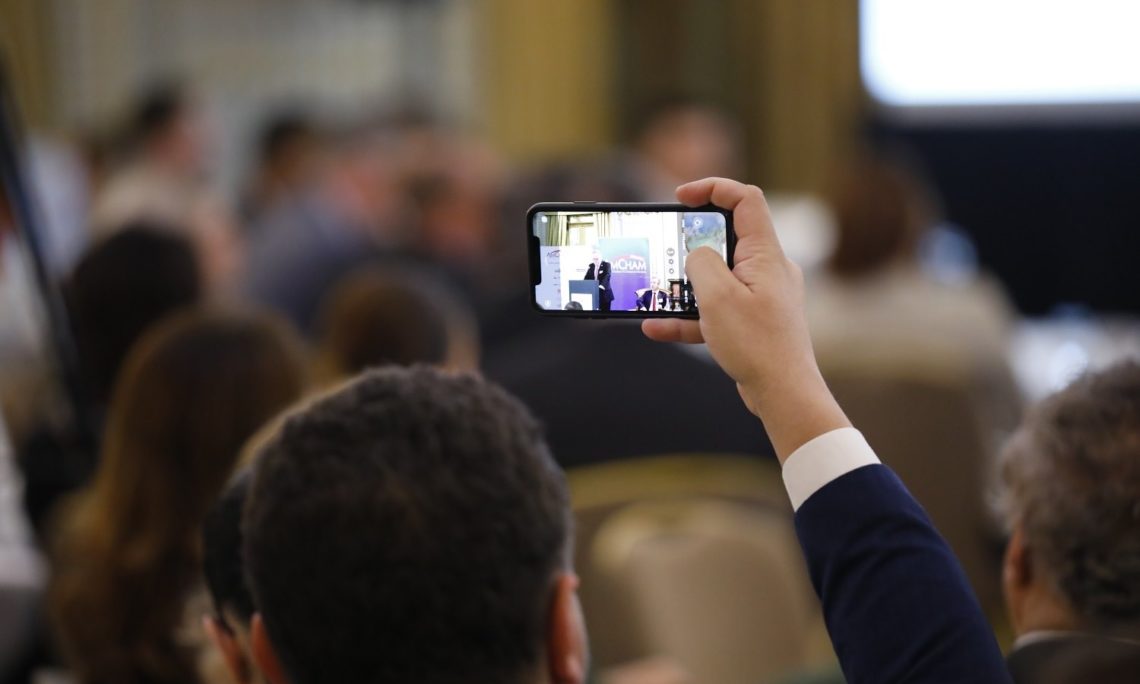 As prepared for delivery

It is a pleasure to be here this morning at the CEO Forum of the American Chamber of Commerce in Romania. I look forward to continuing the close relationship the Embassy has with AmCham to strengthen the US-Romania strategic partnership as we work together to improve Romania’s business climate, creating a common sense, transparent, and predictable business environment. Romania is on the brink of shedding the last shackles of communism and corruption. You, the leaders of the business community, have the opportunity to help Romania become economically strong and socially vibrant, a society respecting the rule of law.

President Trump, the American people, and I and everyone else at the Embassy are committed to work with President Iohannis, the government of Romania and with all of you, to make this the year of the Romanian Renaissance. This is the time for Romania to become a European and global leader in the arts, sciences, finance, healthcare, information technology, agricultural production, energy production, and industry. Romania is ready to unleash its true economic potential, but can do so only by enacting common sense business laws and regulations, and putting an end to endemic corruption, which will lead to enormous economic benefits and prosperity.

The ability of politically-connected oligarchs and barons to control business interests and limit free market competition must end. Communism has destroyed every country unfortunate enough to have been subjugated to this evil. Communism does nothing to help the poor and underprivileged, it benefits only the few elite of the ruling class. It creates and sustains an endemic system of corruption. The revolution that started 30 years ago has to be brought to a successful completion now. Romania has suffered for too long, and you can help end that suffering!

The damage created still has not been undone and could get worse. Romania is losing its youth and workers of all ages due to an emigration rate not seen before. People are not leaving because they can make more money elsewhere, they are leaving because they are losing hope. They have lost hope that Romania has the resolve and courage after 30 years to finally shed itself of the endemic corruption created by the communists and perpetuated since by corrupt barons. This is the time to show them that Romania can and will do what is right and just.

Business privatization is needed. A true free market business environment will create wealth and prosperity for all. Government controlled business entities not only foster inefficient business practices, impede free markets and competition, but more importantly keep corruption alive. Only a stable, predictable, and fully transparent business environment can attract the investment needed to boost development and advance a competitive economy. Business transparency and accountability are paramount.

By example, Romania would benefit enormously from its vast natural resources if rational legislation and legal enforcement were implemented. Yet very few natural resources are harvested or extracted efficiently and economically. The corruption of the last 30 years has caused forests to be harvested illegally – destroying vast tracts of pristine woodland and causing environmental damage. An efficient, lawful plan for forest harvesting would provide not only much greater economic benefits, but environmental benefits as well. Similarly, oil and gas extraction are at levels a fraction of what they should be. Stable, common sense operating legislation and tax laws would provide Romania with enormous oil and gas revenues and not only provide energy security for Romania, but make it an energy exporter to other European countries and beyond.

There are also many foreign owned or controlled companies that are not accountable or transparent. A prime example of a destructive foreign company is Huawei. Huawei is the wrong way! Huawei was indicted last week in the United States on various counts arising from stealing technology from its competitors, gaining pure benefit on the backs of other companies’ research and work. No business can compete on a level playing field with a competitor that steals others’ innovations and then undercuts prices as a result. This business model destroys competition and subjugates people to a monopoly. Moreover, Huawei is a danger to the national security of every country that uses its electronic devices. All information collected is readily available and transmitted to the Communist Chinese government. The Romanian people know too well what it is like to have a communist regime spying on every person, every day, every hour, every minute, every second, everywhere. Just say no! Huawei is the wrong way.

To achieve economic growth Romania must ensure a reliable and transparent judicial and criminal system. Not only must the past ill-conceived changes relaxing criminal laws be reversed, but full, prompt, fair and consistent enforcement of existing laws must also be a priority. Criminals should not have the ability to retain any ill-gotten gains. The elites, the politically connected and the corrupt barons should not have a safe haven. The United States is committed to assisting Romania rid itself of the scourge of corruption and the disgrace of human trafficking.

I have met with many Government ministers. They have all been working exceedingly long hours to reverse the mess they inherited in November 2019. As just one example, the finance minister found the prior government was keeping two sets of books and had not paid most invoices for services rendered for almost a year. Other ministers found similar conditions, uncompleted projects and the ranks of their ministries depleted of the hard-working honest individuals that are essential to properly run government.

President Iohannis, Prime Minister Orban and his ministers have committed to rebuild good government, to reverse legislative changes that weakened the rule of law, to put in place new legislation to curb corruption and to fully enforce all legislation so as protect all Romanians. The people of Romania have endured enough. Now is the time for all Romanians, not just the elite and the politically connected, to prosper and elevate their standard of living.

The Romanian people should also live free of fear for their safety and security from foreign malign forces. The United States will continue to fully support the Romanian military in its undertakings to defend the country from all external threats. Romania’s crucial role in NATO, defending Europe’s eastern flank, cannot be understated. The United States will continue to be Romania’s, and NATO’s, staunch ally and fully ensure Romania’s safety.

I have great hope as I stand here today. I hope that each of you will recommit yourselves and your companies to the fundamentals of democracy, the rule of law and transparency. You are the leaders of the largest companies in Romania. Start implementing the model corporate governance necessary for free markets, transparency and competition. The success enjoyed by Cluj in the technology sector, and the resultant influx of people from Western Europe, demonstrate the economic development power of private companies allowed to compete in a free and fair manner.

I also hope Romanians stay in Romania or comeback to Romania – it is they, and you, who can make Romania great. It is they, the Romanians that wanted a better future, that spoke out last October against corruption. I urge them to continue to speak out and not stop dreaming of a better future. We all need to work together to make Romania a place for future generations to be proud of.

May God bless you.