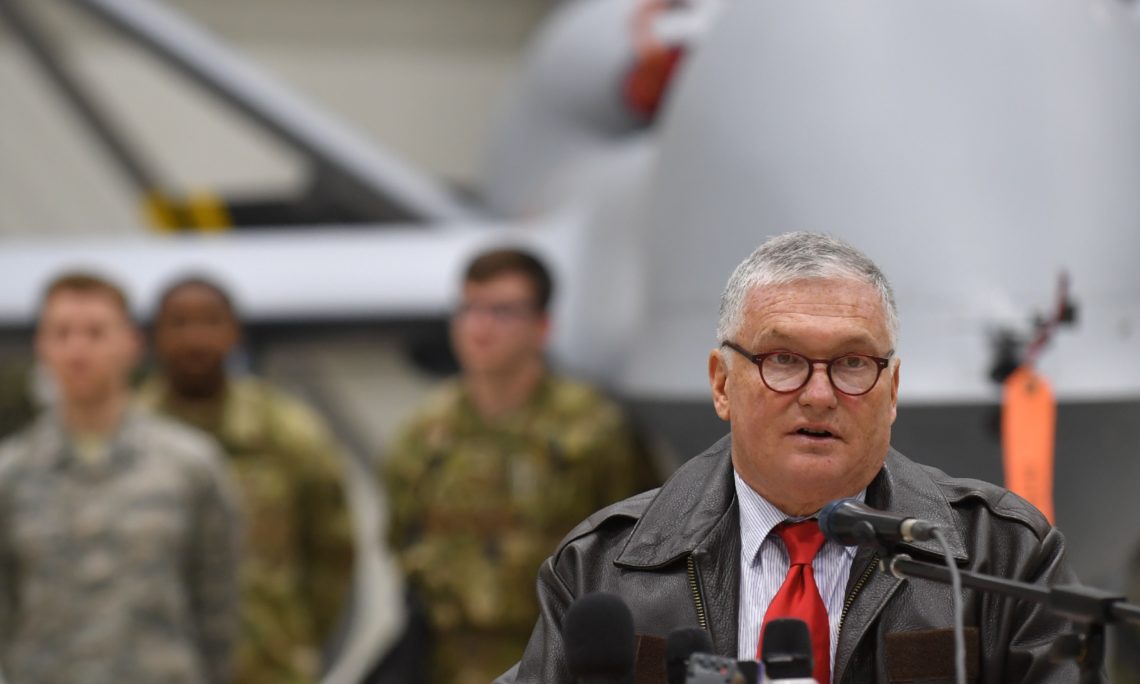 What you see here today is a key example of the strong security partnership between the United States and Romania, a partnership that began nearly 20 years ago, when Romania, after emerging from the dark days of communism and prior to joining NATO, stood by the United States in Iraq and Afghanistan, where we worked together, and yes, sacrificed together, to defeat those who would take away our freedoms.

Since Romania joined NATO in 2004, together we have made contributions that will keep this region safe in the face of new threats. One such contribution is what brings us here today, the deployment of the MQ-9 Reaper, one of our most versatile unmanned aerial vehicles, with the capability to quickly monitor and understand the rapidly changing operational environment in the region, a region that has become more volatile due to increased Russian aggression in the region: in Crimea, in Transnistria, in Donbass, and in the Black Sea.

We must resolve to stand together and continue to build upon the strong cooperation we enjoy, to prevent others in the region from driving a wedge between us, and thereby weakening all of us, so they can spread their malign influence even further.

Another example of our cooperation is the base, here at Campia Turzii, home to one of Romania’s premier fighter units. It is also home to some of the best air combat training airspace in Europe. The United States has invested over 14 million dollars here in the past five years to help defend Romania and NATO’s Eastern flank. Campia Turzii has also played host to a number of NATO Allies, who protect Romania as a part of Operation Atlantic Resolve, which allows us to quickly respond and reassure our Allies we are here and ready to defend each other.

As President Trump said in the Rose Garden Standing next to President Iohannis in 2017, “we are here to support and defend our Allies.”

On behalf of President Trump, and the American people I thank you very much for your friendship and hospitality. I also want to thank each and every member of the American, Romanian and other NATO Ally armed forces for their service, professionalism and commitment to the cause of freedom. May God bless you and keep you safe.