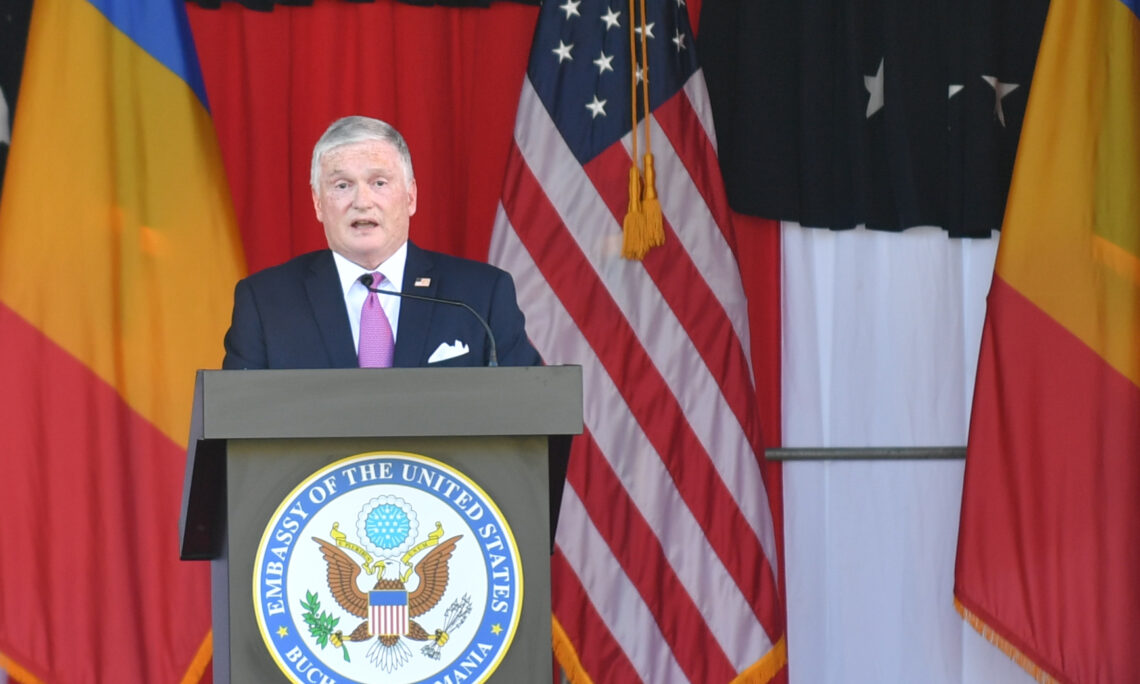 President Trump and I thank you for joining us this evening to recognize the 244th anniversary of the Independence of the United States of America. On July 4, 1776, the Second Continental Congress approved the Declaration of Independence – a seminal document of moral import, which changed the course of human history.

As the world’s democratic leader, we hold ourselves and others to the same principles and values that founded our Nation. These words, from the Declaration of Independence, have guided our country and provided hope to millions around the world:

We hold these truths to be self-evident, that all men are created equal, that they are endowed by their Creator with certain unalienable rights, that among these are life, liberty, and the pursuit of happiness.

Our Founding Fathers had the courage to act at great peril to their own lives and to advance the cause of freedom. Today, it is more important than ever to reflect on these principles.

the things that unite us—America’s past of which we are so proud, our hopes and aspirations for the future of the world and this much-loved country —these things far outweigh what little divides us.

President Trump has echoed this sentiment, when he said:

We must speak our minds openly, debate our disagreements honestly, but always pursue solidarity. When America is united, America is totally unstoppable.

I was honored that President Trump asked me to represent him and the American people in the country of my birth. Before I left Romania in 1965, my family and I suffered the evils of communism. A free Romania was a distant dream, something I thought I would never live to see. However, thanks to the brave freedom loving men and women who risked their lives 30 years ago, and the work of countless others since then, I returned to a free and prosperous Romania. I stand humbled before you an example of the greatness of America – a country where the son of two immigrants, who had the courage to sacrifice everything for freedom, had the opportunity to return as the Ambassador of the United States.

Mr. President, last month our two countries celebrated 140 years of diplomatic relations. Since the fall of communism 30 years ago, Romania has become one of America’s closest allies and partners. We share a common vision of Transatlantic unity. We have a Strategic Partnership committed to security, democracy, and mutual economic prosperity. Today our relationship is stronger than ever. The United States remains committed to improving the rule of law in Romania, ensuring Romania’s sovereignty and security, and creating the opportunity for all Romanians to prosper. This is the time for Romanians who emigrated to come home and build a better future for all.

We have done much together in the six months since my arrival. We have improved our military capabilities and advanced energy security. We joined forces to combat COVID-19. We have provided much needed supplies to Romania and welcomed Romanian military medical professionals to the United States.

We are committed to supporting Romania’s economic recovery and ensuring economic security. We have joined forces to combat corruption and finish the work started by Romanian patriots who overthrew communism 30 years ago. The United States is committed to using all of its law enforcement resources to support the rule of law and end the scourge of corruption and trafficking in persons.

We must also remain vigilant as our adversaries seek to take advantage of the current situation to undermine our freedoms while they obfuscate their own pernicious and malignant conduct. Efforts to pervert free markets, democratic societies, and peddle untrustworthy technology must not be tolerated. Malign influence intended to destabilize and keep Romania from reaching its true economic potential must be rejected

I have said it many times before: the people of Romania have no better friend than the United States. And the United States has no better friend than Romania. A few weeks ago, I met with President Iohannis. I noted how important Independence Day is to us and I told him I would celebrate the birth of our country, even if I had to do it alone. The President thought for a moment and said – “you will never be alone; I will always be there with you!”

Thank you, Mr. President. You are a great Romanian, partner, and Ally.

Thank you all for joining us tonight. Happy Independence Day, America!

And now it is my great honor to introduce the President of Romania, President Klaus Werner Iohannis.