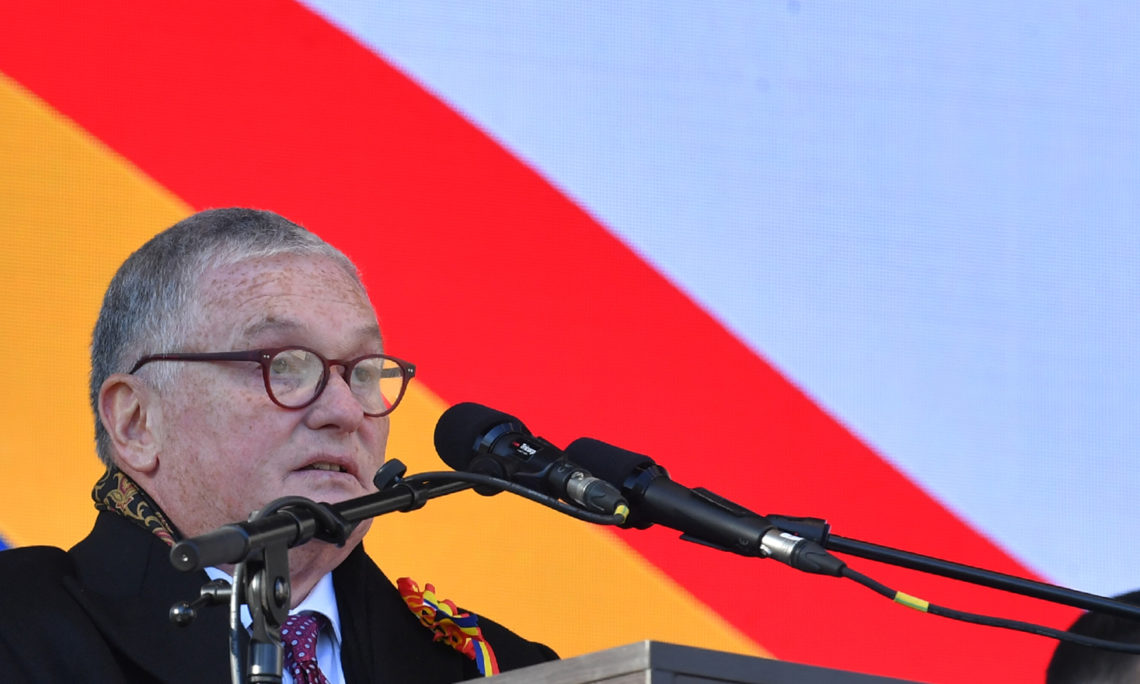 It is an honor for me to join you in your beautiful city to celebrate Romanian Unification Day. I emigrated from Romania 54 years ago, in 1965, and it is a great honor for me to now return as the Ambassador of The United States of America. I want to unequivocally emphasize, on behalf of President Trump and the American people, that we are here, are going to stay here, and together with the Romanian people will achieve great things in 2020
I am filled with only joy and admiration for what the Romanian people have achieved. I am confident 2020 will bring even greater successes for Romania and its strategic partnership with the United States. President Trump, the American people, and I are committed to work with President Iohannis and the government of Prime Minister Orban to make this the year of the modern Romanian Renaissance. This is the time for Romania to become a European and global leader in the arts, sciences, healthcare, information technology, agricultural production, energy production and industrial production. Now is the time for Romania to build a vibrant economy and a great society living under and respecting the rule of law and freedom of religion.

Romania is ready to unleash its true economic potential. Common sense business laws and regulations, and putting an end to endemic corruption will pay big dividends. The ability of politically-connected oligarchs and barons to control business interests and limit free market competition must end. True business privatization is needed. Only a stable, predictable, and fully transparent business environment can attract the investment needed to boost development and advance a competitive economy. Business transparency and accountability are paramount.

Iasi embodies the potential of a rejuvenated Romanian economy and society. Home of Romania’s first university and the birthplace of the Junimea literary society, Iasi in many ways is the mother of modern Romanian culture. Iasi will play a central role as Romania re-establishes its leadership in Europe and the world.

There is a long tradition of American partnership in Iasi. It is best exemplified by the Woodrow Wilson Romanian American Friendship Square. The American Red Cross, our first joint operation in 1917, provided aid to the Romanian people. And now in Iasi there are major American companies like Amazon and Delphi. The friendship between the people of Iasi and the United States is strong and enduring.

We will work with President Iohannis and the government of Prime Minister Orban to protect and advance the interests of all Romanians. The Romanian people should live free of fear for their safety and security from foreign malign influences. The people of Romania have suffered long enough. It is now time for all Romanians, not just the elite and the politically connected, to prosper and elevate their standard of living.

Romania must ensure a reliable and transparent judicial and criminal system. It must eliminate the ability of criminals to retain ill-gotten gains. The elites and politically connected should not have a safe haven within or without Romania. The United States is committed to using all of its available law enforcement resources, to help Romania rid itself of the scourge of corruption and human trafficking.