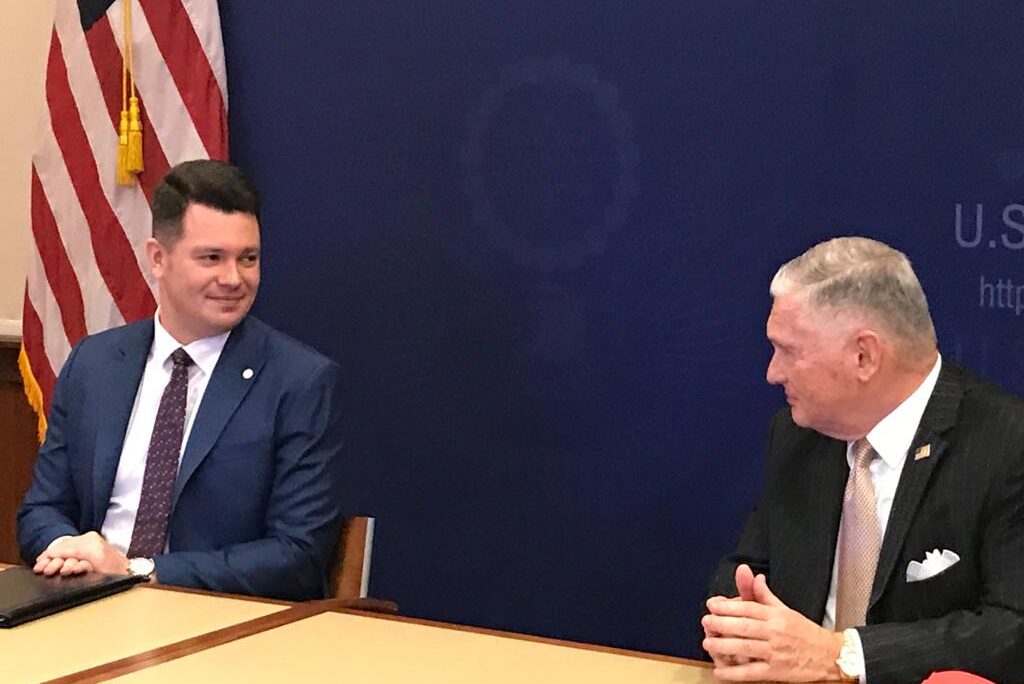 USTDA Head Abrajano, Nuclearelectrica CEO, and my good friend, Cosmin Ghita who is here with me today, my Embassy team, some of whom are here today, and all of our great energy team in Washington, as well as members of the press, thank you for being here today.

Today’s signing of the U.S. Trade & Development Agency’s grant to Nuclearelectrica is a very important stride forward for strengthening our bilateral energy cooperation and, more importantly, for Romania’s future economic development. Today’s signing follows a number of very significant milestones related to nuclear energy in the relationship between our two countries. In just the past 18 months, we have signed of a Memorandum of Understanding on Civil Nuclear Cooperation; an intergovernmental agreement to facilitate an $8 billion project to construct two new conventional reactors and refurbish an additional one, which will ultimately enable Cernavoda to provide 40% of Romania’s energy needs; and the United States’ Export-Import Bank’s historic commitment authorizing up to $7 billion in financing and credits for the Cernavoda project and other needed infrastructure in Romania. For those who may not be aware, this is the single largest undertaking by EXIM in its history.

The USTDA has been a vital partner to Romania in efforts to bolster Romania’s energy security and unlock the country’s vast economic potential. In 2013, the USTDA sponsored a 17-member delegation of Romanian business executives and officials on their visit to the United States to learn best practices on upstream oil and gas technologies. Their visit helped Romanian stakeholders improve the development of access to Romania’s Black Sea natural gas resources. In September 2015, the USTDA also provided nearly $1 million to assist Transgaz, Romania’s natural gas transport system operator, to complete the Bulgaria-Romania-Hungary pipeline. With the grant awarded here today, the USTDA is further expanding American cooperation with Romania in the nuclear sector, which will provide a stable, reliable source of power that is critical to the national economy and welfare of the Romanian people. This grant will provide opportunities for nuclear power well into the future beyond the Cernavoda project and position Romania to take a leadership role on nuclear energy within the European Union. Given Romania’s long history with nuclear power, USTDA’s efforts ensure secure and safe nuclear power will become an even more important pillar in Romania’s national economic development for decades to come.

Fully developed, Romania’s energy resources will provide enormous economic opportunities for the Romanian people, further working to ensure future generations will have the opportunity to build economically secure futures in their home country. As just one part of our Strategic Partnership, the United States and Romania aim to increase our mutual prosperity by growing our bilateral trade and investment. Bilateral trade has exceeded $3 billion annually for the past three years, and our investment in each other’s economies runs in the billions of dollars, contributing thousands of jobs in the United States and Romania. With Romania poised to become an ever-more important gateway for American companies to access the European Union and Romanian companies creating ever more jobs on American soil, the potential to expand commercial activities between our countries over the next decade is substantial. Our friendship and close cooperation in this critical sector will be central to Romania’s national security and economic prosperity.

Mr. Abrajano, I would like to thank you as the head of USTDA for your team’s extensive work to help secure Romania’s future. Your team has worked hand-in-hand with my staff at the Embassy to see this opportunity come to fruition. In addition, your staff has also hosted workshops for European member states, and American and European companies that will drive the implementation of advanced nuclear technologies and strengthen the energy security of Romania and the region. This grant from the taxpayers of the United States will uncover in billions of dollars of economic potential for Romania, yet another pillar in the continued cooperation between the United States and Romania that will continue for years.

I would also like to thank Cosmin Ghita, who is here with us today, the head of Nuclearelectrica; Virgil Popescu, the Energy Minister; and the entire Romanian energy department, whose leadership has been vital to expanding and deepening U.S.-Romanian cooperation on nuclear energy and the energy sector as a whole.

I’ve said it before, and I’m not shy about saying it again: Romania has no better friend than the United States. Thank you for joining us today to mark another important step forward in the partnership between these two great countries. Thank you all.