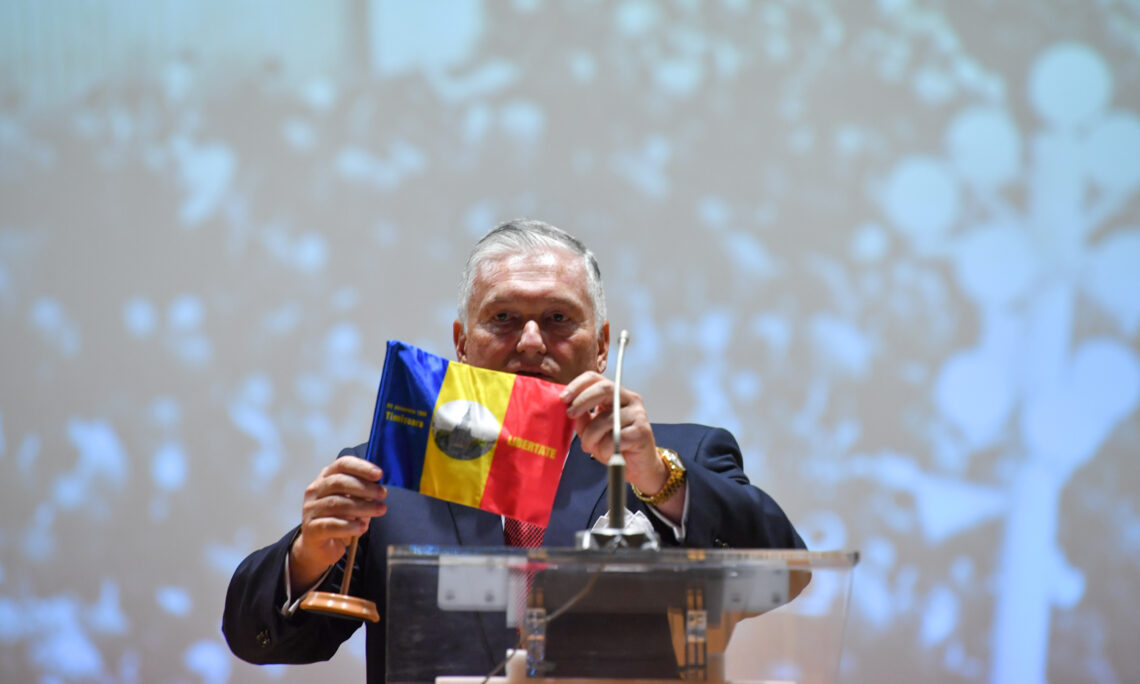 “Today in Timisoara, tomorrow all throughout the country!”

Mr. Mayor, Metropolitan, distinguished guests, ladies and gentlemen, and most importantly, survivors of the revolution who are here with us today.

It is my great honor to be back with you in Timisoara, on this day when we celebrate the indomitability of the human spirit and the desire of all people to be free.

One year ago, I appeared in the square a few hundred meters from here to commemorate the Revolution of 1989. Thirty-one years ago, the people of Timisoara, including many of you here today, decided enough was enough, and that for the sake of their children and their children’s children, took the first step in freeing the Romanian people from the iron shackles of communism.

Those of you who took part in demonstrations on that fateful day, and many others, risked their lives to do what was right. As communism fell in country after country throughout the region, only in Romania did the communist oppressors turn their guns on the people, average citizens who were peacefully asking the government to recognize and respect their basic rights. Many hundreds of Romanians paid a price…the ultimate price, to secure the freedom Romania enjoys today. Many thousands more were injured, including Lucian Caldararu, who I had the fortune to meet here last year.

Unfortunately, Romania still has work to do to remove the last vestiges of the corrupt system of communism that held its people under an oppressive boot just so an elite few could live a life of luxury. We have seen, even in recent years, how corruption affects our daily lives, from the poor infrastructure throughout Romania to the tragedies of the Colectiv and Piatra Neamt fires. Enough is enough!

Rule of law, transparency, and equality of all must prevail if the sacrifices of 31 years ago, if the actions of those of you who risked the bullets of the authorities, are to have meaning; we owe them, we owe you. The final steps must be taken so Romania can finally realize its full potential and become a shining example to the rest of Europe and the world: a stable, prosperous and secure democracy.

Those who sought to change the law to benefit the immoral actions of a few should not be allowed in positions of power. By their blatant past acts, they have clearly shown they are not worthy of our trust nor should they hold positions where they can continue to corrupt democracy.

Romania cannot allow the unjust actions of the past to continue. Romania has come so far; to turn back now would not only be a tragedy but even more, it would dishonor those who died here 31 years ago.

In the year since I returned to the land of my birth to represent President Trump and the American people, we have made great progress together. I made it my mission to strengthen the already tight bond between the United States and Romania and I am proud to say the relationship has never been stronger.

From national defense to increasing trade, from fighting trafficking in persons to combatting corruption, Romania is now on the path to a new Renaissance, and the United States stands right beside you, a committed Ally and trusted friend.

So again, let us remember the sacrifices of those who championed for freedom, and let us not dishonor their memories by a return to the past.

Thank you, and God bless you all.