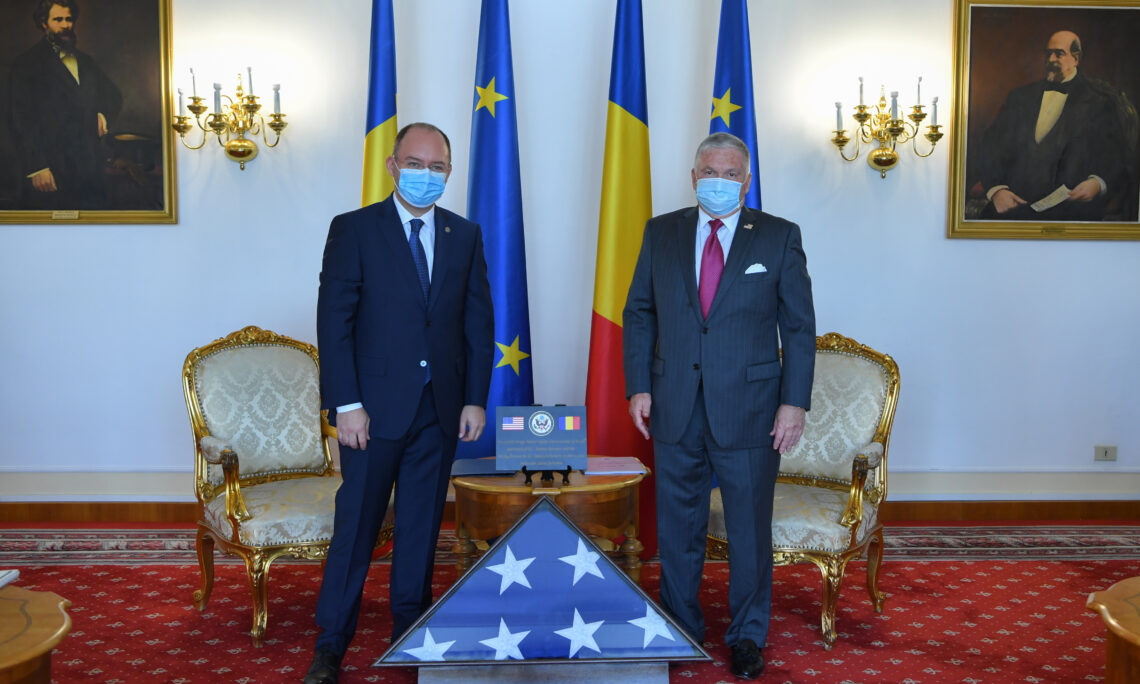 On Friday, July 24, Ambassador Adrian Zuckerman met with Foreign Affairs Minister Bogdan Aurescu at the Ministry of Foreign Affairs. The two discussed a number of issues currently facing Romania and the United States, including national security, energy policy, and malign influence. The Ambassador emphasized the importance of “the two countries moving forward together, on the same path,” with regard to these and other important issues.

The Ambassador also advised the Foreign Minister of the nefarious activities of the Communist Chinese Government which led to the United States Government’s decision to close the Chinese Consulate in Houston, Texas. The Communist Chinese Government engaged in, and encouraged others to engage in, the illegal transfer of intellectual property in various sectors including technology, biotechnology and medical research. The malign conduct also included computer hacking. The Chinese Consulate in Houston served as a hub for many of these illegal activities.

The Ambassador and Foreign Minister Aurescu also participated in a video conference with fund managers for the Three Seas Initiative, under which billions of dollars will be invested in transnational infrastructure projects that will benefit all the member countries. Projects that are currently under review include highways, railroads, pipelines and cyber infrastructure. Both the Foreign Minister and the Ambassador were in complete agreement as to the resulting substantial economic benefits. “The international projects that will be undertaken by the Three Seas Initiative will greatly improve the economies of each member state and the region as a whole” stated the Ambassador.