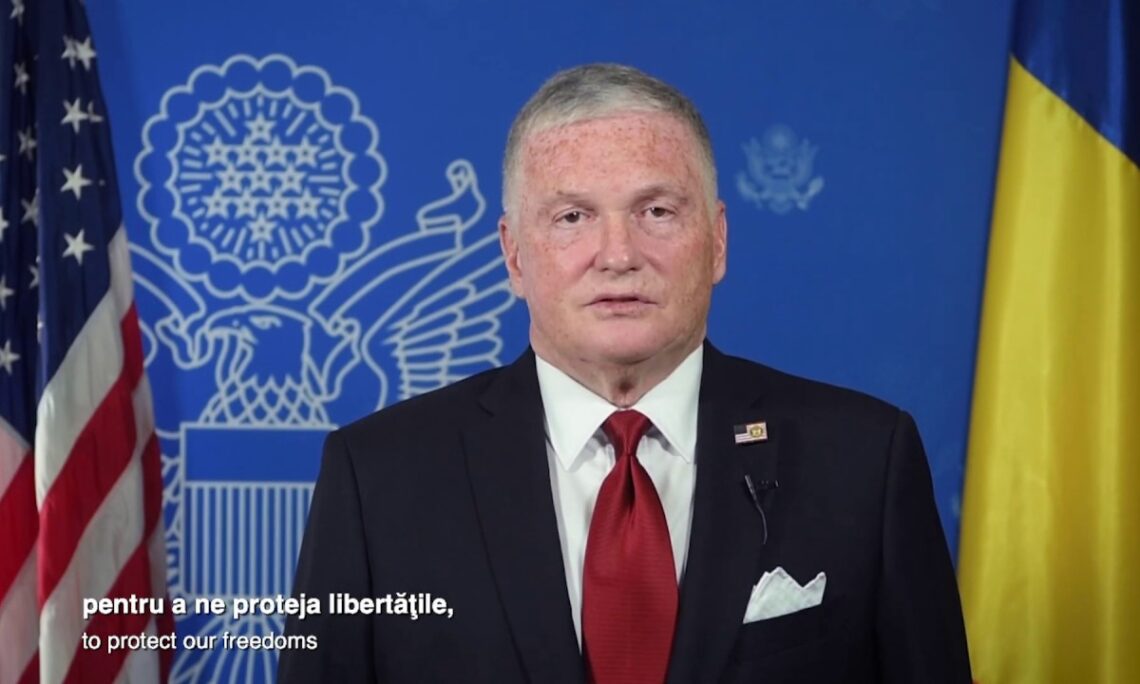 Today we celebrate 140 years of diplomatic relations between the United States of America and Romania. On this date in 1880, my predecessor Diplomatic Agent and Consul General Eugene Schuyler was recognized as the United States’ official representative to Romania. In November of that same year, President Rutherford B. Hayes received Colonel Sergiu Voinescu, a special envoy sent by future King Carol to Romania’s first diplomatic mission to the United States. Since that time, our countries have grown closer. After the fall of communism in 1989, Romania looked to the United States as a partner and friend. In 1997, our two countries become strategic partners; In 2004, Romania became a NATO Ally. This relationship continues to benefit both of our countries today. From troops working side-by-side around the world to protect our freedoms to a Romanian medical team flying to Alabama this month to help Americans during the COVID pandemic.

Romania is one of the United States’ closest military and economic allies in Europe. The Romanian people have no greater friend than the American people, and on their behalf and on behalf of President Trump, thank you, Romania, for the 140 years of friendship, and cooperation, and to many more years to come.