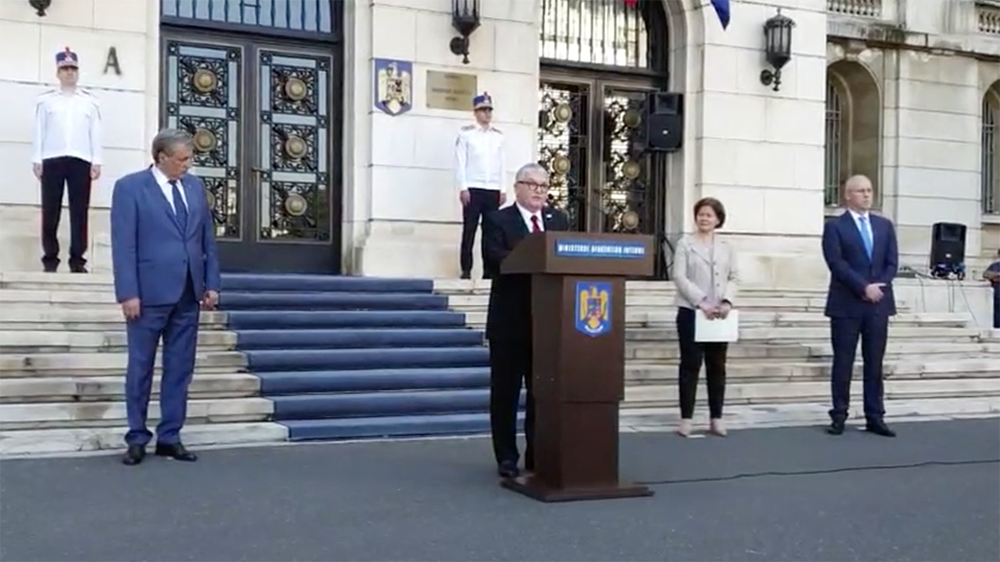 Ambassador Adrian Zuckerman delivers a speech at the release of the 2020 Trafficking in Persons Report.

I want to thank Minister Vela, Minister Predoiu, Prosecutor General Scutea and State Secretary Despescu for the productive meeting we had this morning.

As you all know, one of the United States’ top priorities is advocating for the rule of law. Yesterday afternoon the Congressionally mandated Trafficking in Persons Report was issued. Unfortunately, Romania remains on the tier 2 Watch List for the second consecutive year, meaning the government has not sufficiently increased its efforts to combat human trafficking. The report found that last year, under the former government, anti-trafficking enforcement efforts were weakened, trafficking prosecutions and convictions decreased and care for victims was lacking.

Shortly after my arrival in Romania, I met with Justice Minister Predoiu and others in the government of Prime Minister Orban. I strongly voiced the United States’ priorities supporting the rule of law and fighting human trafficking. I am confident in this government’s commitment to eradicating this scourge from Romania, but they know they face a legacy of policies, corruption, and criminal networks that hinder their every move.

Since that time, I have been meeting regularly with the justice minister, the interior minister and others. They have been working diligently, with assistance from the United States, to prosecute trafficking crimes, but more must be done. It is sadly apparent that the TIP Report is accurate. Organized crime gangs have brazenly trafficked people knowing they would likely get away with it, as so many have in the past. Fortunately, the number of prosecutions has been steadily increasing. Protections for victims are also increasing.

Lastly, I appeal to the leadership of Parliament. Begin working with the government immediately to enact legislation necessary to swiftly prosecute these criminals and to seize the ill-gotten gains made by selling people to better protect the victims of trafficking and to repair the damage done by the former government, damage which has emboldened criminals. Now is the time for Parliament to step up and protect the very people they represent.