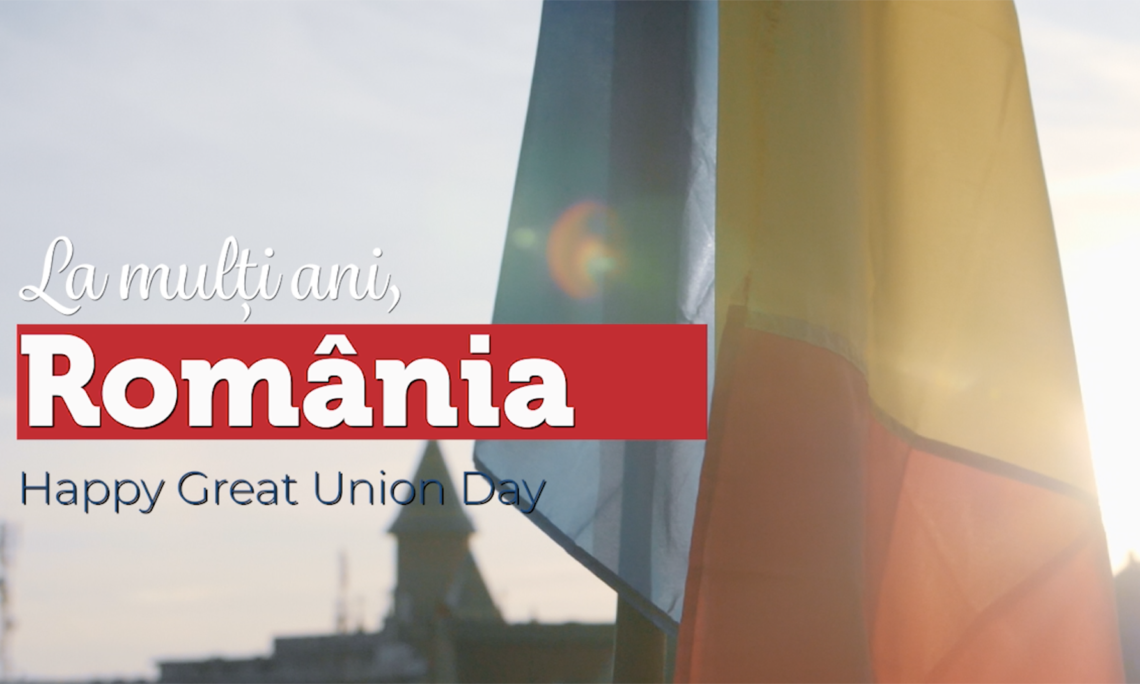 I want to congratulate President Iohannis and all Romanian people on behalf of President Trump and the American people on the 102nd anniversary of the Great Union Day. Romania has come a long way. I am especially proud of the amazing progress made this year notwithstanding the many adversities that we have encountered.

Romania has been fighting Covid and trying to keep its people safe since the beginning of the year. Notwithstanding such a substantial impediment it has still made major strides in economic development, energy security and defense cooperation. The United States and Romania have steadily built a friendship marked by collaboration, loyalty, and consistency.

The Strategic Partnership between our two countries has never been stronger. The United States will continue to assist Romania evolve as a regional and European leader. This is the year of the Romanian Renaissance. Under President Trump’s leadership the United States has assisted Romania achieve goals never contemplated before.

The United States and Romania are cooperating on refurbishing one nuclear reactor and building two more at Cernavoda. This project is valued at approximately $8 billion. U.S. ExIm Bank will provide Romania up to $7 billion in financing for this project. Cernavoda will provide approximately 40% of Romania’s electrical demand.

Romania has become the second largest producer of oil and gas in Europe. Once gas extraction commences from Romania’s extensive Black Sea reserves next year Romania will become Europe’s biggest energy producer and exporter. Romania is poised to be a European leader in agriculture, forestry, mining, intellectual technology and manufacturing.

Additionally, we have started working on a highway and a railroad that will go from the Black Sea to the Baltic Sea. Romania is undertaking this project in collaboration with Poland and the United States. When finished this multibillion project will be a major boost to the economies of Romania, Poland and the entire Eastern European region.

A strong economy makes for strong defense capabilities and a strong defense protects a robust economy. A strong Romania means a strong Europe and security for our future generations. The United States and Romania signed a 10-year “Roadmap for Defense Cooperation.” The ties between our two countries have never been stronger. Romania’s military readiness and capabilities will continue to increase. The U.S. will continue to support the modernization and interoperability of Romania’s armed forces.

Romania has made advances in many other areas as well. It has determined to stamp out endemic corruption and human trafficking with a zero tolerance policy. This shameful criminal conduct will no longer be a blemish on Romania’s people. Prime Minister Orban’s government has implemented reforms to restore the rule of law where it was infringed upon by the prior government and to root out corruption. The endemic corruption and remaining red barons of communist years have no place in modern day Romania. They have impeded Romania’s economic and social development long enough.

As the rule of law becomes the rule of the land more U.S. and foreign investors are coming to Romania. Similarly, as state owned entities are privatized the barriers to free market competition are further reduced as are the revenue sources sustaining endemic corruption.

Communist Chinese corrupt corporations and entities like Huawei, ZTE have found no place in a free and democratic Romania. Prime Minister Orban stated that “With respect to 5G, [China] cannot be our partner … We will choose a company that poses no threat to national security or other areas”.

Countries across Europe have followed the leadership of Prime Minister Orban to safeguard 5G networks against untrusted, high-risk vendors like Huawei and ZTE. The United States and the EU have supported frameworks, such as the Clean Network program and the EU 5G Toolbox, to protect 5G infrastructure from high-risk suppliers.

Lastly, I want to again congratulate all Romanians on this 102nd anniversary of the Great Union and to praise this year’s Romanian Renaissance. This is just the beginning of courageous Romanians doing great things and achieving success. Romania has no better friend than the United States. Together, we will continue to achieve great things.