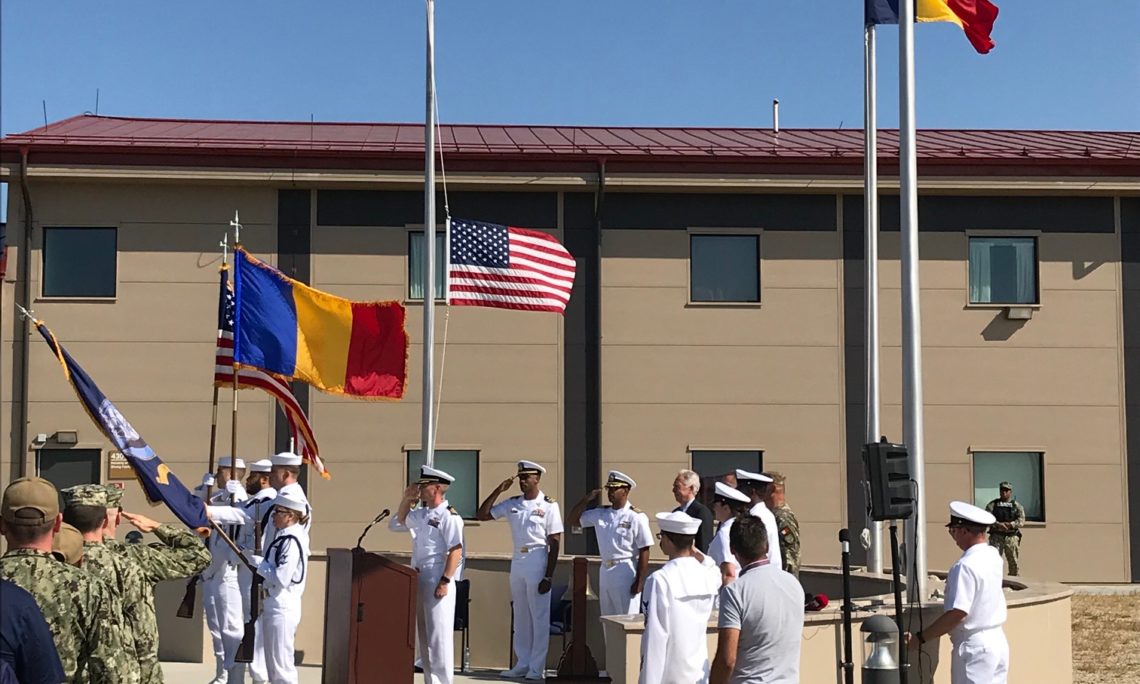 Today, as we stand together remembering one of America’s darkest days, we come to understand that although terrorist attacks and violent extremism can shake the foundations of our biggest buildings, they cannot destroy the foundation of America and its allies. As President Bush said “These acts shattered steel, but they cannot dent the steel of our resolve.”

Seventeen years ago, America faced a day of great adversity but out of adversity comes the opportunity to form new bonds of collaboration and partnership. This is what occurred with Romania. Four years earlier, in 1997, the United States and Romania formed a Strategic Partnership and on September 11, 2001 came the first major test of that partnership. Romania stood up fully and soon joined American troops on the battlefields in Afghanistan as we pursued Al-Qaida. Just shortly thereafter, in 2003 again Romania came to the aid of the United States and joined us on the battlefields of Iraq. In both these occasions, in Afghanistan and Iraq, Romania acted under our Strategic Partnership before it became a member of the NATO Alliance.

The next opportunity for Romania to show its resolve in partnership with the United States and now as a common ally within NATO was in 2009, when the Alliance facing an increasing threat of ballistic missile attack from outside the transatlantic community initiated the European Phased Adaptive Approach and chose to build this facility here in Deveselu to protect the Atlantic community against a ballistic missile attack.

Naval Support Facility Deveselu is a tenant of the 99th Military Base Deveselu and we greatly appreciate their hospitality. Romania’s agreement to host this Ballistic Missile Defense site is a clear display of its commitment to the NATO Alliance. The proliferation of missile technology and non-state actors willing to use violence to achieve their goals means that we must continue to work together to counter this threat to Allied populations, territory and our deployed forces.

While the proliferation of these capabilities does not necessarily mean that there is an immediate intent to attack NATO, it means that together, the Alliance has a responsibility to take this into account as part of its core task of collective defense and deterrence.

America and our friends and allies – Romania at the forefront – join with all those who want peace and security in the world. We stand together with Romania as a steadfast example of this resolve, for we know that our partnership has, and always will be, one of our greatest strengths.

Ladies and gentlemen, thank you for your attention.