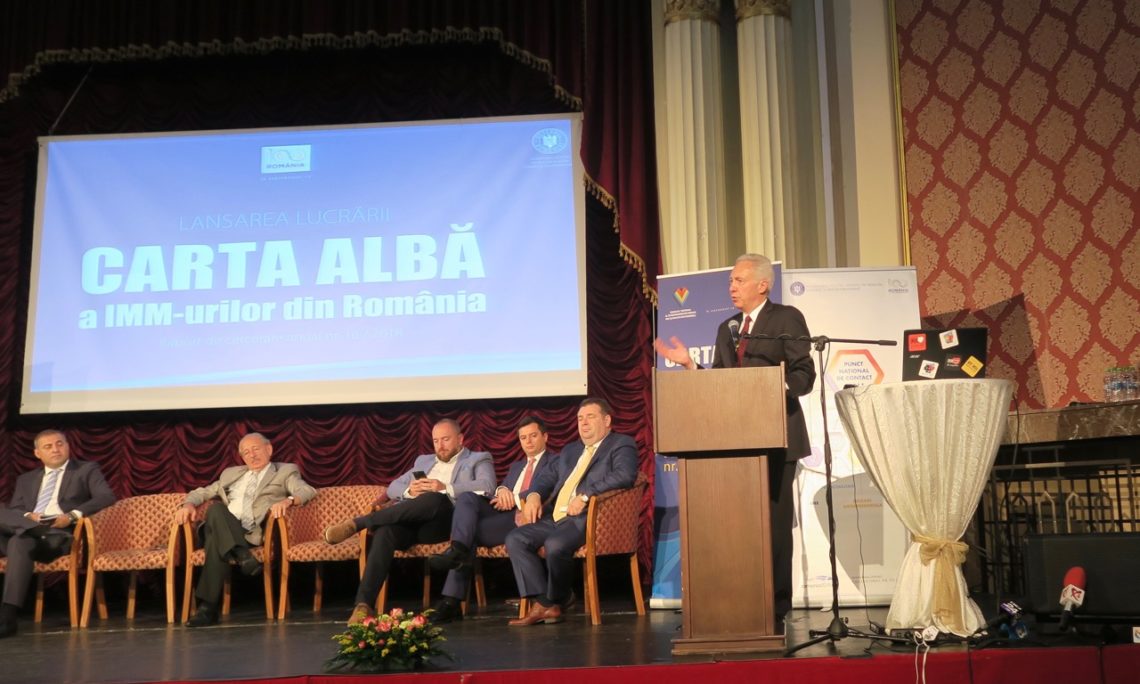 Let me first begin by congratulating the Council’s publication of this year’s Carta Albă (the White Paper) in its 16th consecutive publication.  As President Jianu recommended, we will use it at the United States Embassy as a means of sharpening our focus on outreach to Romanian small and medium-size companies, as American investors come to us for advice on the Romanian market.

Let me emphasize that there is still a great deal of interest in the Romanian market by American investors.  Just yesterday – I won’t mention the name of the company because I think they want to announce this themselves, but they are already present in Romania; they employ 3,500 Romanian workers so it’s not a small and medium-size company by any means but they are looking to redouble their investment in Romania and tap the new opportunities they see in the market.

I would also like to second President’s Jianu’s remarks regarding the partnership that exists between the Embassy and the Council.  It’s really true, I view the Council as one of the very most important partners for the United States Embassy, for the United States Government in Romania, together with the Romanian Chamber of Commerce and Industry and the American Chamber of Commerce.  We have done very good work together and I am grateful for your support including the investment trip that we did to Ialomita, Braila and Galati County in 2016, but then also the participation in conferences organized by the Council in Ialomita and also in Cluj County.  Thank you for your invitation to those Mr. President and again I would like to thank you for your invitation to be present here today.

I also congratulate you on your policy focus, Mr. President and Council.  Reducing the bureaucratic burden on small and medium-sized companies of course is always of interest in improving the business environment in any economy in the United States as well as in Romania; focus on entrepreneurship – this is an area that the United States very much supports and we’ve done good work together, we look forward to collaboration in the future; and digitalization – I think that is very important for Romanian small and medium-sized companies.  Despite the very prominent presence of world-leading IT companies here, in Romania, including large American companies such as Oracle, such as Amazon, and many others, there is still a significant divide that exists in terms of access to the digital economy here in Romania.  And this is a conversation that Finance Minister Teodorovici and I have had regarding e-government and making it easier for citizens and businesses, men and women alike to access government services online, through digital means.

President Jianu asked me briefly just to note some initiatives that the United States Embassy has supported and is about the support that could have a potential strong impact for the small and medium-size companies sector in Romania.

One, last fall, the Trade Winds trade mission that came to Romania in October of last year; it included more than a hundred American companies the great majority of which were also small and medium-sized companies looking for Romanian partners.

And then in the following month, in October, we will be hosting a trade mission here from the state of Alabama.  This is important for two reasons.  One: Alabama is a very important partner of the Romanian military, of the Romanian Army.  The Alabama National Guard has been in partnership with the Romanian military for decades now and it plays an important role in – for example providing training to Romanian F-16 pilots and crews as they work toward a certification of those capabilities.  And Alabama is also important economically; it has in the past three or four decades truly transformed itself from a primarily agricultural and primary metals producing economy to one that is attracting, really, the leading edge firms from around the world to the state of Alabama and is now one of the major manufacturing centers in the United States particularly in the automobile industry.  So I think there is a lot for example that Invest Romania could learn from the experience that the state of Alabama has in organizing itself to effectively encourage inbound investment into its economy.

The last thing I want to mention is a conference which I participated in in Washington DC in June of this year, called Select USA.  It is an annual event where the United States federal government brings together development agencies from around the United States – at a state level, at a local level and of course at the federal level – and invites potential investors from around the world to come to Washington and learn about the opportunities that exist in the United States.  More than 3,000 individuals and companies participated in June in Washington from around the world.  The largest delegations were from Taiwan, from China, (and) Japan.  The fifth largest delegation and the largest from Europe came from Romania.  Two years ago, only four Romanian companies went to this conference.  This year more than 40 did.  Some of them probably were large companies, but many were small and medium-size enterprises.  This told me two things: one, it’s something very positive about the continuing strength of the American economy and its attractiveness to international investors; but it also told me something powerful about the business climate here in Romania, which is – as Professor Nicolescu said – positive, perhaps not as positive as it was before the crisis but still nevertheless on net very positive.  And I think that positive attitude, the success that Romanian businessmen and women are having is starting to strengthen their confidence that they also invest outside of Romania and succeed, including in the most dynamic economy in the world, that of the United States.

So I was very proud to be part of that delegation. Deputy Prime Minister Birchall was also with us, as was the Deputy Director of Invest Romania.  And we look forward in the coming months to get feedback from the Romanian participants in the conference, to see what their outlook is regarding possible investment.  So, with that, President Jianu, distinguished guests, thank you very much for allowing us to join with you this morning on the launch of this year’s Carta Albă. Mulţumesc.