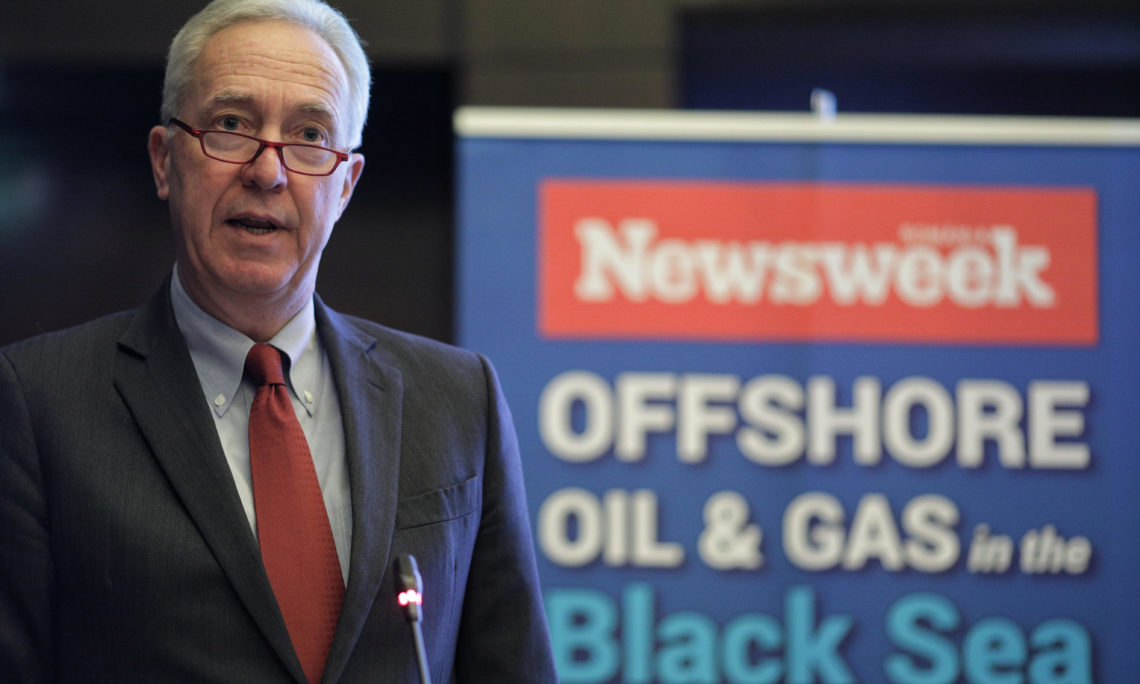 Good morning. Thank you very much for the invitation to be with you, to address a very important topic that the United States has focused on and continues to focus on. That is energy security in Europe and in Romania.

It gives me great pleasure to participate in this event that touches on an area of great potential for Romania, for energy security in the region, and constitutes an important aspect of the U.S.-Romania Strategic Partnership.

Romania’s petroleum sector is indicative of the breadth of economic ties between Romania and the United States. Our partnership in the oil and gas sector dates back to 1903 and the Rafinăria Româno-Americană, a joint venture with Standard Oil. Today, it involves a range of players – large, medium, up-stream, downstream, exploration, production, on-shore, offshore, equipment and service providers, and new technologies.

American investment in Romania has been diverse and extensive. There are equipment manufacturers such as General Electric, whose oilfield equipment manufacturing facility is located in Ploiesti, and Cameron, which has been using Romania as a manufacturing and export base. Companies such as Hunt Oil, Mazarine, Sand Hill, and Stratum have invested to increase recovery from Romania’s mature on-shore fields. And Exxon-Mobil and Black Sea Oil and Gas are considering major investments offshore, looking to unlock Romania’s vast potential and drive the future of Romania’s gas industry. These investments blend American capital and Romanian skilled labor and talent to advance a very important sector of the Romanian economy.

While I am proud of the longstanding role that American investors had and are playing in developing Romania’s economic potential and energy security, such projects require commitment not only from U.S. companies, but also from the Romanian government.

The ability to unlock the incredible potential of the offshore gas industry will be dependent upon Romania ensuring an attractive investment climate that is based on stability, transparency, and predictability as well as a willingness to genuinely consult with all stakeholders, including energy companies. Good governance and rule of law provide the foundation for these principles. A stable tax regime, adopted in genuine consultation with stakeholders and after conducting regulatory impact assessments, provides another fundamental building block.

Many in this part of the world view energy dependence as a national security threat, appropriately, and are actively working to diversify their energy mix. While Russian gas will always remain a part of Europe’s energy mix, our priority is to minimize dependency on one single supplier. As President Trump said in Warsaw last year, “The United States will never use energy to coerce your nations, and we cannot allow others to do so.” True energy security can only be achieved, in our view, through the diversification of fuel types, supply sources, and delivery routes.

The Unites States applauds Romania’s efforts to contribute to regional energy security through the development of interconnectors and diversification of fuels, routes, and sources. We support Romanian and European Commission’s efforts to promote infrastructure projects that better connect European countries to gas and electricity supplies. Projects where Romania plays a critical role such as the Bulgaria-Romania-Hungary pipeline and the Iasi-Ungheni pipeline are key to accomplishing these goals.

While Europe is working to diversify its energy sector, it is also assessing projects that could undermine these efforts. The United States shares widespread European concerns about Nord Stream 2 as well as TurkStream. We agree with many of our European partners that these projects will reinforce Russian dominance of Europe’s gas market and reduce opportunities for diversification of energy sources. In fact, construction of Nord Stream 2 would concentrate over 70 percent of Russian gas imports to the EU in a single route, creating a potential chokepoint that would significantly increase Europe’s vulnerability to a supply disruption. Clearly stated, the United States does not view Nord Stream 2 nor Turkish Stream as commercial or environmental projects as their proponents proclaim. These are instead political projects.

Romania will play an important role as it takes over the Presidency of the Council of the European Union in January next year. In the energy sector, we support Romania’s efforts to update the European Union’s Gas Directive, which would apply the European Union’s Third Energy Package to the entirety of Nord Stream 2 – both the offshore and onshore portions. The United States also supports Romania’s efforts to create an open and competitive energy market that allows for efficient production, transmission, and pricing while encouraging investment.

Full implementation of the European Union’s market liberalization rules, in particular the Third Energy Package, will ensure the proper functioning of Europe’s energy market and guarantee that all companies play by free-market rules. Not applying the Gas Directive to projects like Nord Stream 2 undermines core objectives for energy market liberalization and jeopardizes energy diversification goals. Under Romanian leadership, we hope that European energy security will be strengthened.

The Romanian energy sector and Romanian leadership in the region play key roles in bolstering security and prosperity, and the United States looks forward to continued cooperation, government-to-government, and with the help of American companies to unlock the tremendous potential of this vital sector.