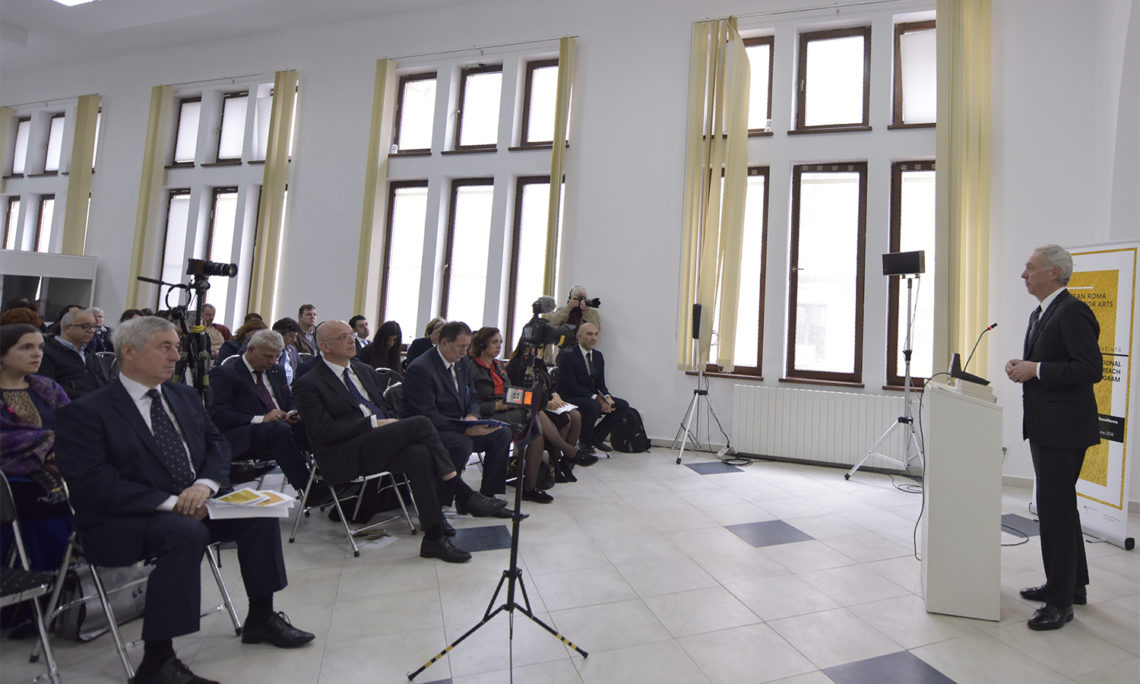 When you consider the histories of the United States of America and Romania, it is tragically unfortunate that we share a common feature, a common chapter, that is: in both of our countries, both in Romania and in the United States, for centuries slavery was institutionalized.

We celebrate this month the ending of slavery in Romania in 1856. It took another 7 years before the United States took the similar step and emancipated slaves throughout the country on January 1st, 1863.

Of course, with the legal ending of this terrible institution, the discrimination that was a very, very strong feature of slavery in both countries did not go away, at least not immediately. In the United States, full civil rights were not awarded, were not granted to African-Americans, to black Americans for more than a century after the legal ending of slavery with the legal emancipation of slaves. And even today, African-Americans have a record of for example higher unemployment, lower ownership of housing, higher incarceration rates, features that are probably the consequence of continuing discrimination in the United States. Similarly, in Romania, despite the abolition of slavery 162 years ago, and even though Roma are now an established legal minority in Romania and are recognized so not only in Romania but across the European Union, nevertheless, I think we all have to acknowledge that the Roma in Romania continue to struggle for access to education, to employment, to housing, suggesting that the desire for full social inclusion has not yet been fully completed.

I very much congratulate the Foundation of the European Roma Institute for Arts and Culture. I very much congratulate but also want to encourage the Institute for what it is trying to accomplish here today: to thoroughly consider the full contributions that the Roma have made to Romanian’s economy, to – as Dr. Oberländer pointed out – science in Romania, and then of course, the very, very rich contribution to Romanian culture.

I think there is another parallel with the United States that we are doing this now, in the centennial year of Romanian unity. In 1976, the United States celebrated its bicentennial, its 200th anniversary of the Declaration of Independence and the creation of the United States of America as an independent republic. In the context of the U.S. bicentennial, President Gerald Ford inaugurated Black History Month; it’s a month that is actually taking place right now, it’s in February. Every year, it provides the United States an opportunity to celebrate the contributions that black Americans, that African-Americans, have made to our politics, to our economy, to our culture as Americans. President Ford in 1976 highlighted the impressive contributions of the black Americans to U.S. life and culture, and stressed that fighting for “freedom and the recognition of individual rights are what our revolution was all about.”

He also spoke of using the U.S. bicentennial as a time to “seize the opportunity to honor the too often neglected accomplishments of Black Americans in every area of endeavor throughout the history of the United States.”

So it is in this vein that I would encourage both the Institute and then all of us, keeping in mind not only the appropriateness of considering what the full contribution of Roma has been to Romanian history, economy and culture, but to take advantage of this centennial year as Romania is celebrates the unity of Romania, to underline the important contributions of Roma to Romania.

So, congratulations and thank you for your invitation to me to participate in today’s events.