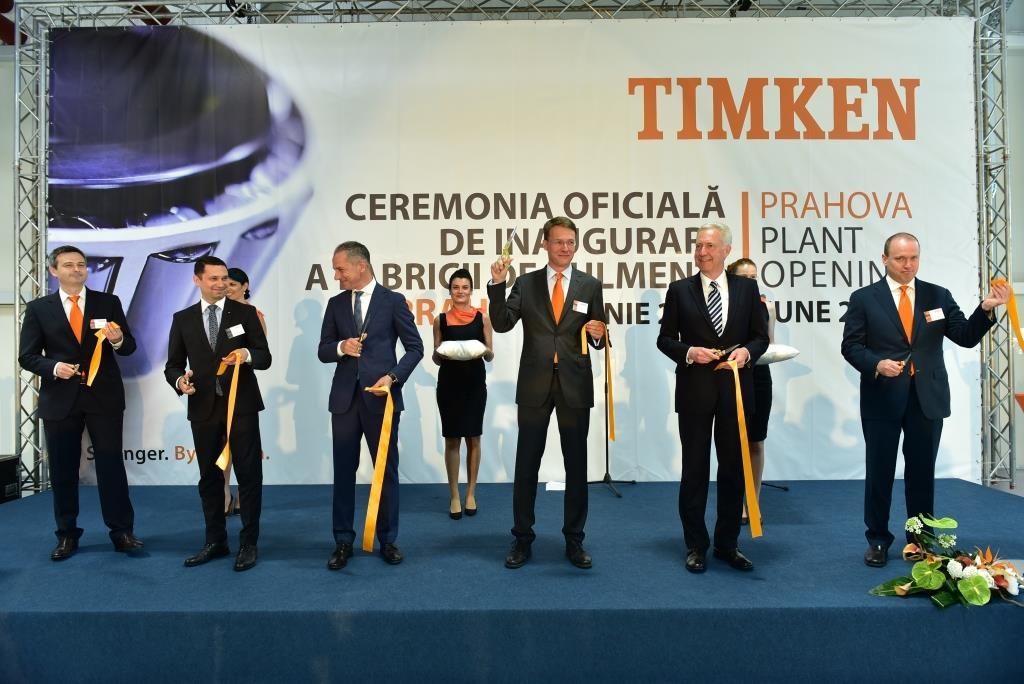 I just have a few more words about Timken.  As Andreas said, this very plant represents nearly 60 million dollars in additional investments in Timken Operations in Prahova and Romania.  It will add, at least in the beginning, 120 jobs.  It is a measure of Romania’s attractiveness to foreign investment and clearly benefits from the partnership between business and the Romanian government.

This new facility highlights the importance the Romanian Government attaches to supporting foreign investors in Romania.

As Timken competes in the global economy, it must make investments to expand their global manufacturing footprint, which allows them to meet their needs and their customers’ needs with the innovative, high-quality products that Timken expects and their customer expect, wherever their operations take them.

Timken’s global manufacturing plants, like the new facility in Prahova, are essential to Timken’s ability to grow in these highly competitive global markets. They draw heavily on Timken’s significant U.S. investments in research & development, engineering, customer support and business planning, helping their U.S. operations to stay strong and continue to employ more than 6,000 associates in 25 different U.S. states.

Ploiesti has become one of the regions in Romania most attractive to foreign investors. The presence here of U.S. companies like Coca-Cola, GE Lufkin, Federal Mogul, Cameron and others demonstrates that creating an investor-friendly environment produces results.

Let me also mention Timken’s efforts at corporate social responsibility.  Through the Timken Foundation, a completely separate legal entity from the Timken Company, Timken Romania has made major contributions to the local community.

From 1997, when the Timken Company acquired “Rulmenti Grei” factory here in Ploiesti, up to now the Timken Foundation has invested over $6 million in the Ploiesti community supporting health care and education projects.

Mr. President you mentioned that these investments are quiet but they are nevertheless substantial, real and of great benefit to the local community

I congratulate Timken on another landmark development.  Our best wishes for your success and thank you for your attention.