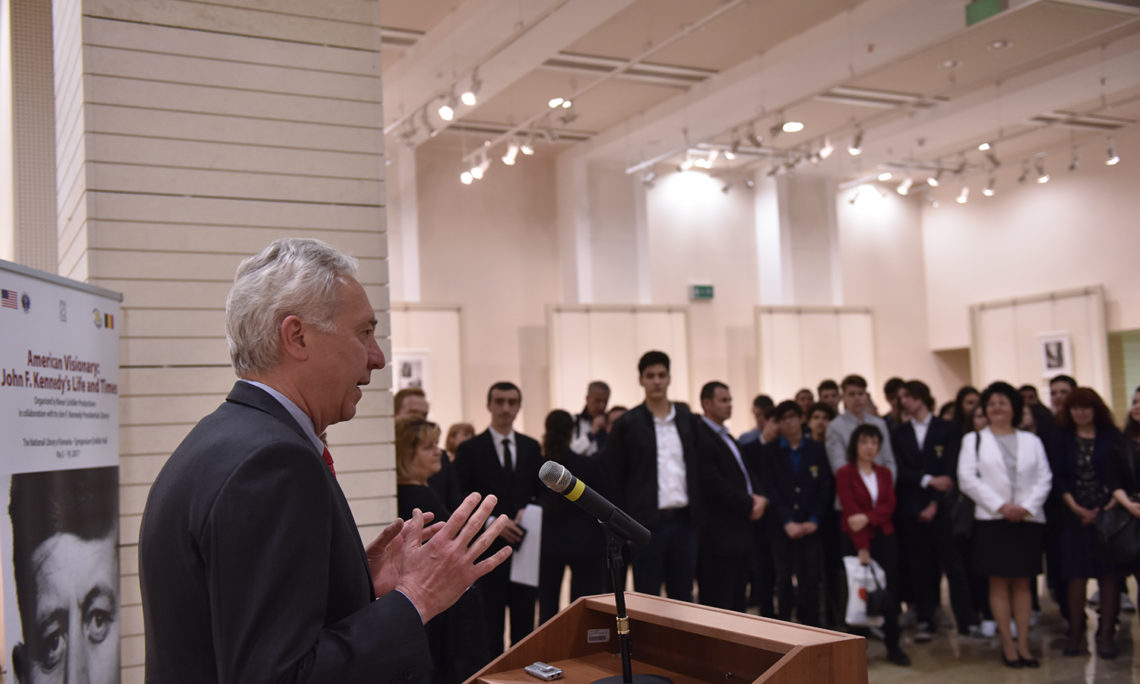 Thank you for providing me the opportunity to join with you this morning.

What we have here is 77 photographs that try to capture the life and work of John Fitzgerald Kennedy, a President who was born 100 years ago.

It is opening here in Bucharest even before it is opening officially tomorrow at the Smithsonian Institution in Washington DC.

It is really a delight for me to be able to be here this morning because Romania is only one of 30 countries to which this exhibition will travel.

I think some of the key values of his presidency were bravery, freedom at home and abroad and to work to ensure that all people have equal opportunities to succeed in life.

Not as well remembered, but he also said the following.  “My fellow citizens of the world: ask not what America will do for you, but what together we can do for the freedom of man.”

President Kennedy inspired us to expand our scientific horizons and to put a man on the moon; he encouraged us to realize full civil rights for all American citizens; and he inspired us to attempt to confront the forces of tyranny and injustice that were on the rise around the world during his day.  His inspiration lives on today.  And I hope that you are able to discover that inspiration as you observe the exhibit and recall moments of his life and the contributions that he made not only to the United States, not only to America, but the entire world.

Thank you for your attention and your participation.