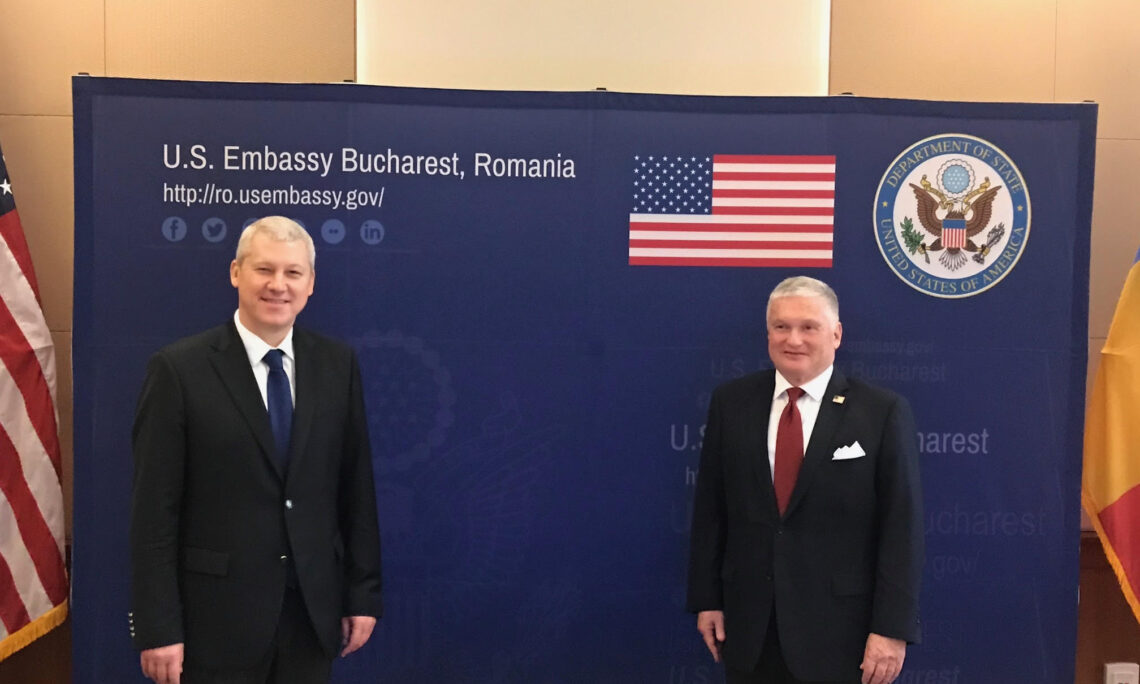 On Wednesday, July 22, Ambassador Adrian Zuckerman met with Minister of Justice Catalin Predoiu at the Ministry of Justice. The two discussed recent progress on Rule of Law and Trafficking in Persons as well as digitalization efforts to improve the flow of information between Romanian and American law enforcement groups. The Ambassador praised Minister Predoiu and General Prosecutor Gabriela Scutea for the very close the cooperation between Romanian and American law enforcement agencies. This cooperation has led to a number of recent high-profile arrests of transnational criminals involved in organized crime, trafficking in persons, cybercrime, the illicit drug trade, and financial crime. The Ambassador also praised the Minister’s tireless efforts to redress the backsliding in applying the rule of law under the prior government and making anti human trafficking measures a priority: “Minister Prediou is a leader in the fight against corruption and organized crime. We are grateful for his dedication.”