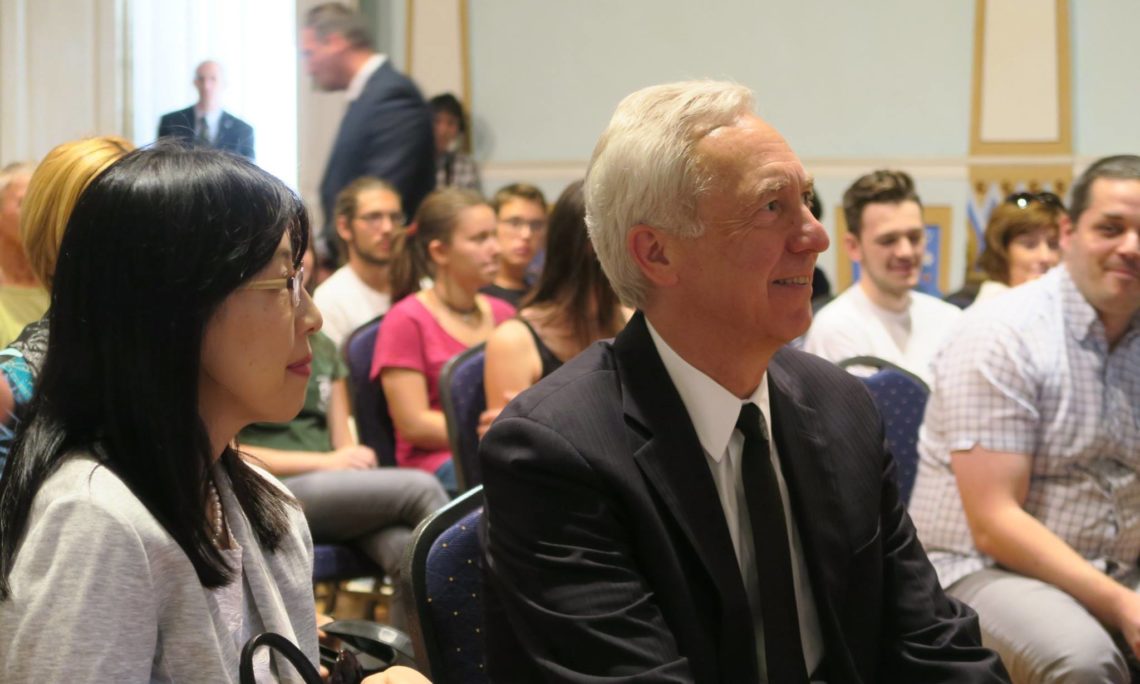 American Shelf is a book donation program consisting of reference titles, classical and contemporary American literature, English language and children’s books, which become part of the library’s collection.  It is intended for use by teachers, students and the public. There are American Shelves in Botosani, Galati, Brasov, Sibiu, Drobeta Turnu-Severin, Arad, Braila and Miercurea Ciuc.

“The donation that we’re making today is complementary to the holdings of American literature that the “Bod Péter” County Library already has, but the intention is to find means to make it possible for Romanians and citizens of Covasna County to learn more and understand more deeply America and the people of the United States,” said Ambassador Klemm at the opening ceremony.

The American Shelves are part of the library partnership program initiated by the U.S. Embassy in Romania and are complementary to the nine American Corners.  The Corners and Shelves offer authorized information resources about the U.S. and its culture, about studying in the U.S. and learning English. They are also spaces for learning and discussing about American values.