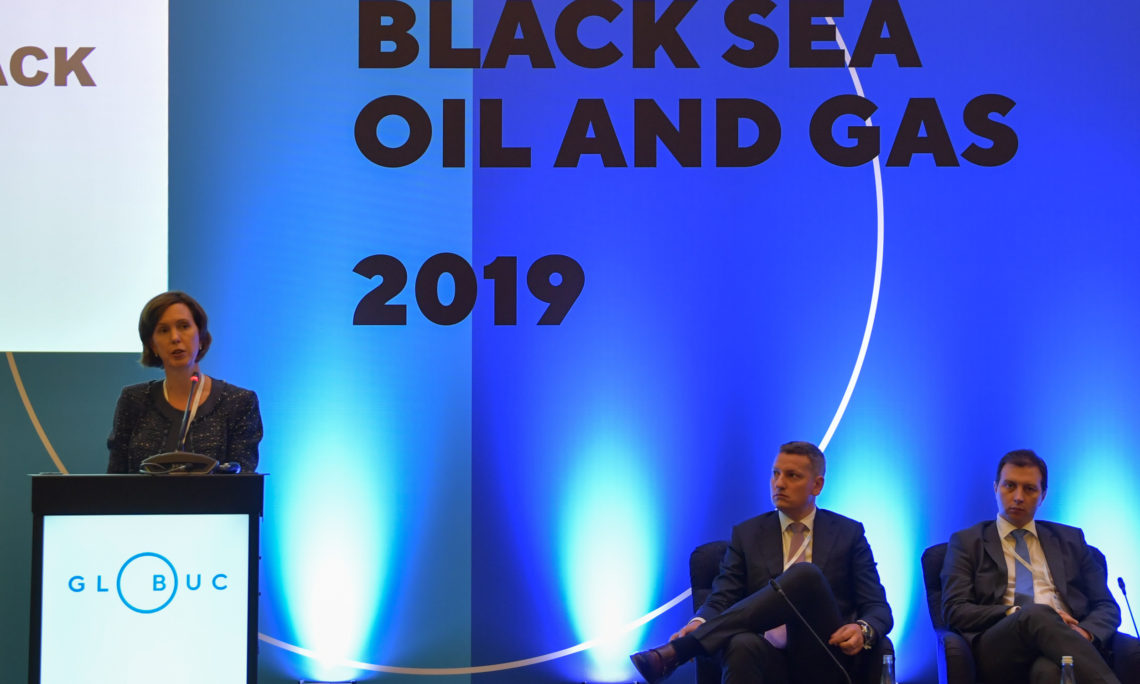 Thanks again to the organizers and for the invitation for us to participate in this event. It’s great to see a full room, a lot of energy and I am honored to be on this panel of experts.

The security of the Black Sea region and achieving energy diversity within it are critical U.S. interests and a major area of U.S. and Romanian cooperation. This forum, for the past seven years, has been a terrific opportunity to have these kinds of discussions so I look forward to more of those discussions today.

The United States sees Romania as a vital NATO Ally in Central Europe, a vital economic ally and a vital security partner. And a key component of the U.S.-Romania Strategic Partnership is also fostering our mutual economic prosperity.

Romania is blessed with significant natural resources and we’d like to see Romania increasingly use that to maximize economic opportunities not just for Romania, but for the European Union, in fact as a gateway to the Union for American firms, and to support Romania’s peaceful Black Sea neighbors and the countries beyond. Energy security is a big piece of that prosperity.

I was interested to see the trivia question about oil production. In fact, U.S. involvement in Romania’s oil production is not too far behind that. Our partnership here in Romania started in 1903 with the Rafinaria Romano-Americana, which was a joint venture with Standard Oil. Today it has expanded to include large and medium-sized U.S. companies involved in upstream, downstream, exploration, production, on-shore, off-shore, equipment and services. For example, General Electric’s oilfield equipment manufacturing facility is in Ploiesti. Cameron is using Romania as a manufacturing and export base. Stratum, Hunt Oil and Sand Hill are investing to increase recovery from Romania’s mature on-shore fields. Black Sea Oil and Gas is investing to unlock off-shore reserves. These investments are an example of that partnership between our countries blending American capital and expertise and Romanian skilled labor and talent.

When President Trump hosted President Klaus Iohannis on his second visit to the White House on August 20th, strengthening energy cooperation was one of the key topics. In a joint statement, the leaders reaffirmed this partnership and agreed to prioritize two energy-related areas that are relevant to our discussion today. I want to talk about both of those briefly.

First, energy security. Our countries underscored the joint opposition of the United States and Romania to Nord Stream 2 and our efforts to provide greater energy security for Europe and to reduce dependence on Russian gas.

The United States has bolstered European energy security for decades — by encouraging greater diversification and greater efficiency. We reinforced Europe’s efforts to diversify its energy supplies by country of origin, path of delivery, and fuel types. We support projects that can bring genuine diversification of energy supplies, such as the Southern Gas Corridor, interconnectors between Greece and Bulgaria and Bulgaria and Serbia, additional LNG import facilities as in Croatia, and greater deployment of renewable energy. We support the Three Seas Initiative – the regional initiative to increase North-South as well as East-West investment in this region and we also support Romania and European Commission efforts to promote infrastructure projects that connect European countries to gas and electricity supplies such as, as we just heard, the BRUA (Bulgaria-Romania-Hungary interconnector), and the Iasi-Ungheni pipeline. And we are particularly supportive of the Romanian Government’s efforts to support Moldova’s energy security.

From our side, in terms of direct support, we provided a U.S. Trade and Development Agency grant to Transgaz’s development of infrastructure to increase transmission pipeline capacity along the Bulgaria-Hungary-Romania gas connector and our Bureau of Energy and Natural Resources is providing technical assistance to the National Agency for Mineral Resources and the Romanian Offshore Safety Authority (ACROPO). Our goal is to provide effective oversight of the hydrocarbons sector and enable Romania to attract advanced technologies and increased upstream investment.

As I mentioned, we also strongly oppose projects that do not diminish Europe’s energy security vulnerabilities, such as Nord Stream 2 and the second line of TurkStream.

Again, when we are talking about national security connected to energy security, diversification is not just a business practice, it is a security plan. When we talk about other sources, including Russian gas – again, Russian gas can and should be a part of Europe’s energy mix, but I think mix is the key word – our priority is to minimize dependency on any one single supplier.

I want to talk briefly about that second topic of President Iohannis’ visit to the U.S.: the investment climate. When we talk about investment in Romania and in the region, we talk about the importance for investors of stability, predictability, and transparency. Our investors want a relationship with Romanian decision makers and regulatory authorities that is based on mutual trust and dialogue. Foreign investors and multinationals bring critical benefits to the Romanian economy and people – in capital, innovation, work force development, and budget revenues. And they must know that they are welcome and can operate here in Romania in a transparent and predictable system, without fear of political implications or unfounded rhetoric. They must have confidence that laws and regulations are administered impartially and not subject to constant revision. Making fiscal decisions in consultation with stakeholders, and considering the impact not just on the budget, but on the taxpayers, is part of this approach to predictability that respects contracts and attracts new investment.