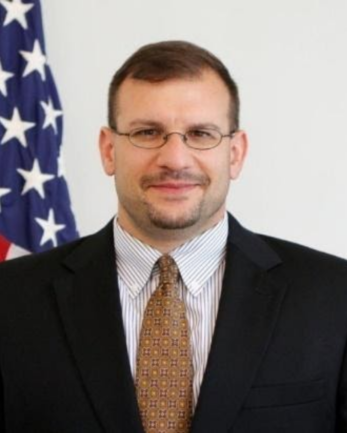 Prior to arriving in Bucharest in July of 2020, he was Acting Deputy Assistant Secretary for Regional and Multilateral Affairs in the Bureau of Counterterrorism, where he also served as Director of the Office of Regional Affairs for South/Central Asia and the Near East.

Previously, he was the Deputy Chief of Mission at the U.S. Embassy in Tirana, Albania from July 2015 until August 2018.

Additionally, he has served in Kuala Lumpur, Malaysia, and Yekaterinburg, Russia.