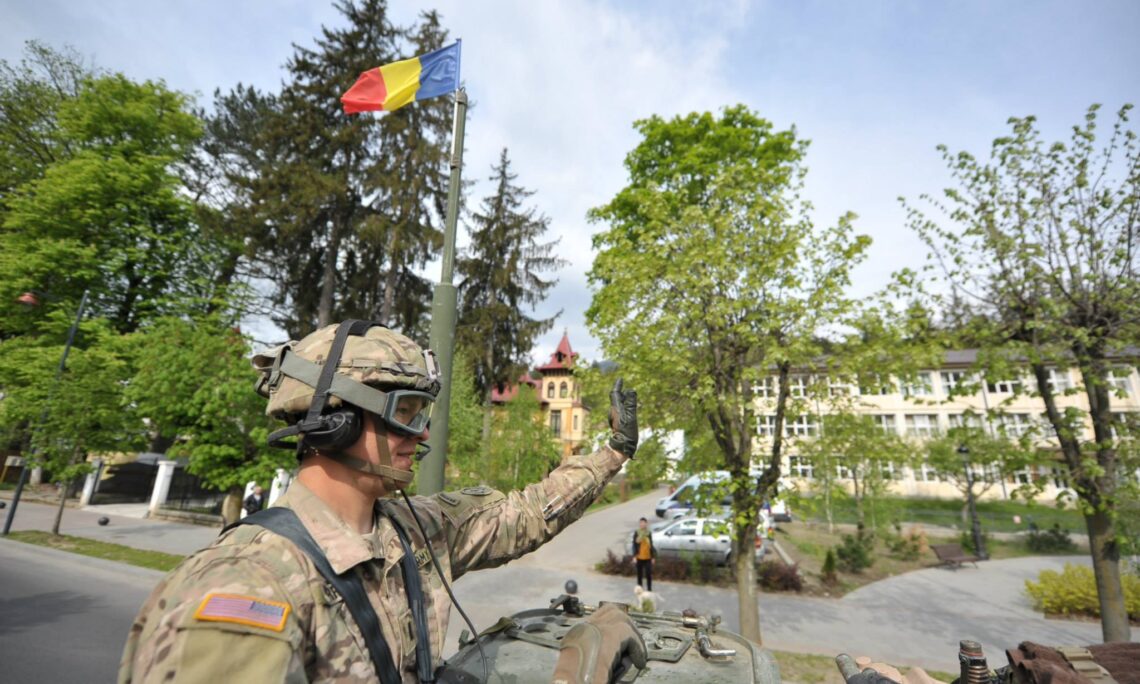 As part of our commitment to upholding the principles of the rules-based international order and to the security of our NATO Allies, the United States maintains significant combat-capable forces in Europe.

These forward-deployed forces help to deter aggression and if deterrence fails, stand shoulder to shoulder with our Allies to maintain security and stability in Europe. At the President’s direction and following Secretary Austin’s recommendation, the Department of Defense will reposition certain Europe-based units further east, forward deploy additional U.S.-based units to Europe, and maintain the heightened state of readiness of response forces to meet these commitments.

These forces are not going to fight in Ukraine. They are not permanent moves. They respond to
current conditions.

We will adjust our posture as those conditions evolve, and we will continue to consult closely with NATO Allies to ensure an appropriate collective posture of deterrence and defense. We welcome the announcements in recent days by other Allies – including France, Spain, UK, the Netherlands, and Denmark – of their consideration to provide additional contributions to enhancing NATO’s posture on the eastern flank.

1,000 Forces Repositioned from Germany to Romania:

As a part of our broader effort to demonstrate our commitment to our NATO Allies and deter Russian aggression, the United States is repositioning a Stryker squadron of approximately 1,000 U.S. service members already in the European theater to Romania. The 2nd Cavalry Regiment, a mounted unit based in Vilseck, Germany, will send a combined arms force equipped with wheeled armored fighting vehicles to deter aggression and enhance our defensive capabilities in frontline Allied states during this period of elevated risk. These forces will augment the more than 900 U.S. service members already on regular rotation in Romania.

2,000 Multi-Mission “Assure and Deter” Forces Deployed to Poland and Germany:

Additionally, the Secretary is deploying approximately 2,000 forces from the United States to Europe in the next few days. These include approximately 1,700 service members of the 82nd Airborne Division and key enablers who will deploy from Fort Bragg, North Carolina to Poland and approximately 300 service members of the 18th Airborne Corps will move from Fort Bragg to Germany. The 82nd Airborne Division is deploying components of an Infantry Brigade Combat Team and key enablers to Poland. The 18th Airborne Corps is moving a Joint Task Force-capable headquarters to Germany. Collectively, this force is trained and equipped for a variety of missions to deter aggression and to reassure and defend our Allies during this period of elevated risk. We worked closely with our Polish and German Allies to set the stage for these movements, and we appreciate their support.

8,500 Forces Remain in the United States on Heightened Readiness:

The 8,500 personnel in the United States on heightened alert posture since January 24 remain in the United States. They are not currently being deployed, but remain ready to move if called to support the NATO Response Force (NRF), if it is activated, or as needed for other contingencies as directed by the Secretary or the President. We continue to review our force posture and the situation in Europe, as the gravity of this situation demands our full attention.