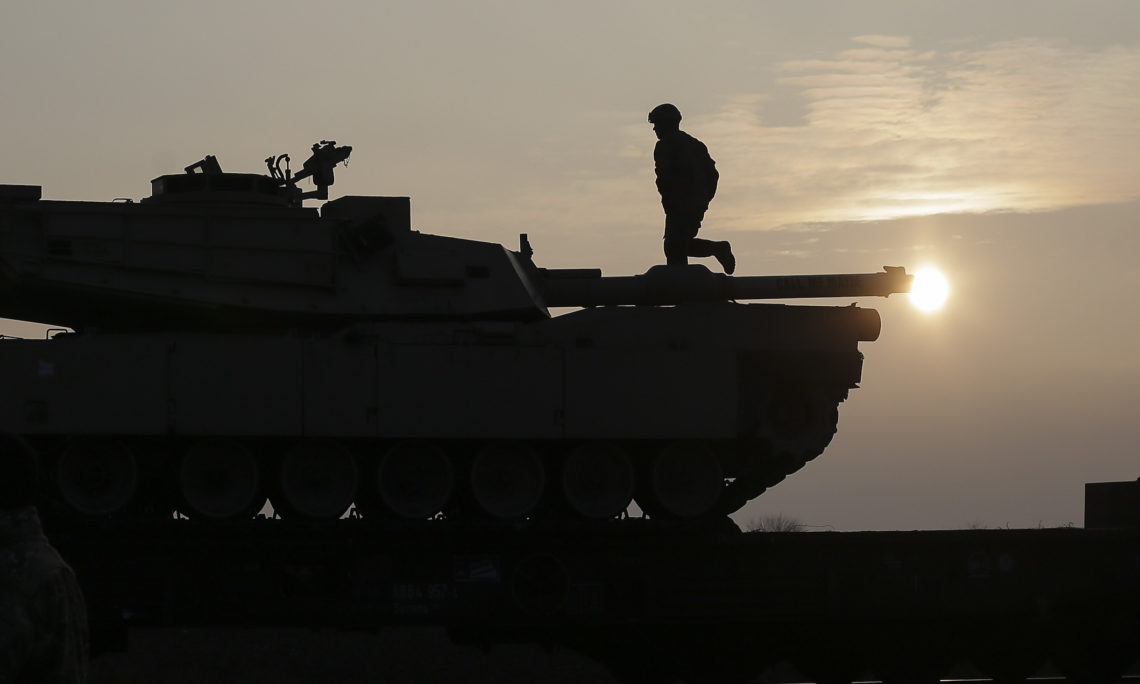 The Embassy of the United States of America welcomes the arrival of the ”Fighting Eagles,” 1st Battalion, 8th Infantry Regiment (1/8) to Romania‎.

The 1/8’s 500 Soldiers bring M1 Abrams tanks, Bradley Fighting Vehicles, and Paladins (155 mm self-propelled artillery) and will be stationed at Mihail Kogalniceanu Air Base, Constanta County. This is part of the 3rd Armored Brigade Combat Team, 4th Infantry Division’s deployment to Europe which will continue on a rotational basis into the foreseeable future.

‎”The 1/8’s arrival underscores ‎that the strong U.S.-Romania strategic partnership exists in both word and deed.  This new persistent rotational presence expands our capacity to pursue our collective interest in maintaining peace and security in southeastern Europe and the Black Sea region.  Significantly, Romania also is a provider of security for the international community, not just a beneficiary, as their continuing commitment to Afghanistan, the counter-ISIL mission, and its recent decision to spend 2% of their GDP on defense clearly demonstrates.”

While in Romania, U.S. forces will train and exercise with the Romanian armed forces, other NATO Allies, and Partner nations, including with the Multinational Brigade headquartered in Craiova.  All elements of the ABCT will periodically reconstitute as a brigade at various massing events that demonstrate its capacity to rapidly deliver effective combat power anywhere within the area of NATO’s eastern allies.