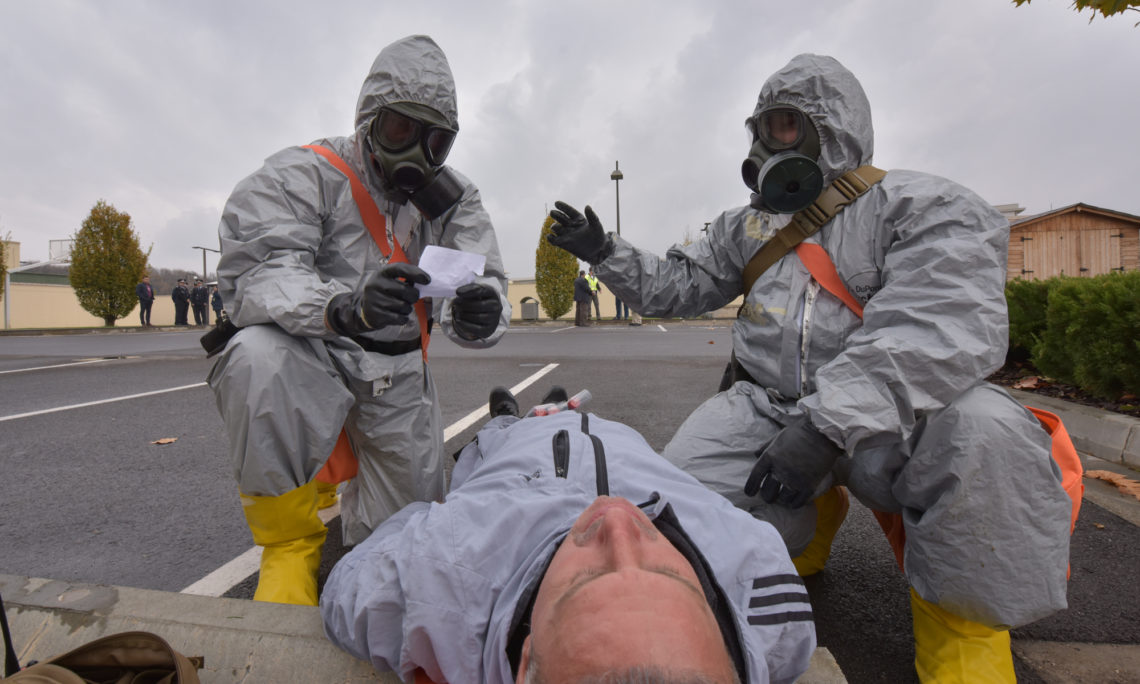 The Embassy of the United States of America conducted the first joint chemical, biological, radiological and nuclear (CBRN) defense drill with Romanian security and response forces on November 15, 2018. Designed to test intervention and coordination abilities following a simulated attack, the exercise involved the specialized teams within the General Inspectorate of the Romanian Police, the General Inspectorate for Emergency Situations and the Romanian Intelligence Service’s Antiterrorist Brigade. The scenario emphasized Romanian partner agencies’ role in planning for, responding to, and mitigating the consequences of a CBRN incident.

This event marks the culmination of a multi-year partnership between Romanian authorities and the U.S. Embassy to improve Romania’s capabilities to reduce the threat of weapons of mass destruction. For more than 15 years, the Defense Threat Reduction Agency (DTRA) within the Department of Defense has effectively joined with Romania to conduct training and assistance programs aimed to consolidate its expertise in the prevention, detection, interdiction and investigation of cases involving nuclear, biological and chemical weapons or related materials. Most recently, DTRA funded a significant donation of specialized protection, detection, monitoring and decontamination equipment for the benefit of the General Inspectorate for Emergency Situations and the General Inspectorate of the Romanian Police. Worth over $380,000, the items will assist Romanian first responders and investigators in their mission.