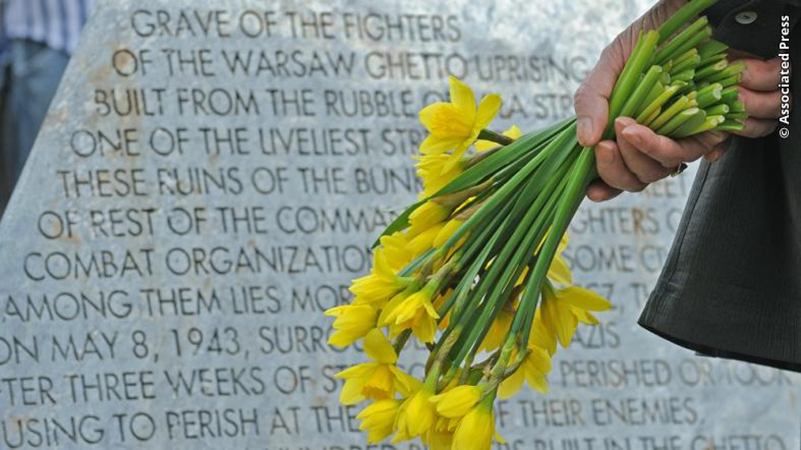 A woman stands with flowers in front of a memorial in Warsaw, Poland, during a Yom HaShoah ceremony marking the anniversary of the beginning of the Warsaw ghetto uprising.

The U.S. Department of State annually hosts a Yom HaShoah event, often in partnership with the international diplomatic corps in Washington, DC, to honor the lives and memory of the six million Jews who were killed during the Holocaust and the millions of other victims of Nazi persecution. Yom HaShoah also honors the survivors of history’s darkest hour and those heroes who found the courage to resist Nazi oppression.

This year, in light of the social distancing required by the coronavirus pandemic, the Department of State supported the United States Holocaust Memorial Museum’s Virtual National Commemoration on April 21.