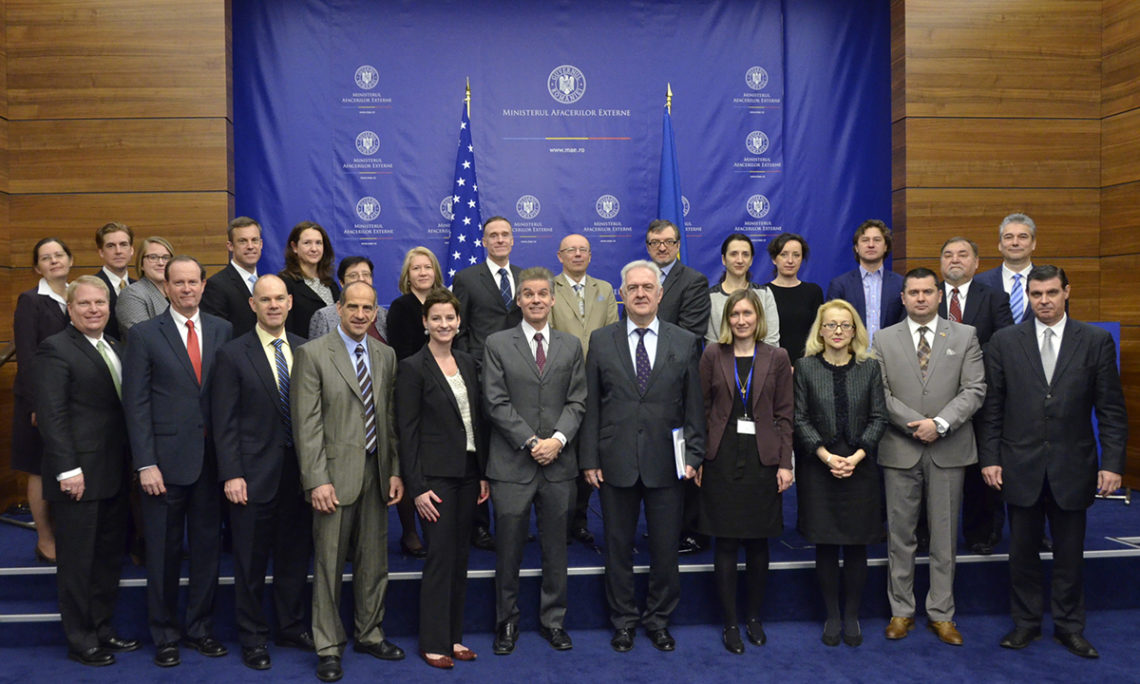 Representatives of the Embassy of the United States of America and of the ministries and agencies of Romania held an Interim Strategic Partnership meeting in Bucharest, Romania, on April 12th, 2017.

The meeting was an opportunity for the parties to take stock of developments in bilateral cooperation, exchange information on Romanian and US policy, identify new projects for bilateral cooperation, and begin the process of preparing the annual Romania-US Strategic Partnership Meeting scheduled to take place in Bucharest in the fall, 2017.

The representatives reaffirmed their shared commitment to the principles mentioned in the Joint Statement on the Implementation of the Joint Declaration on the Strategic Partnership for the 21st Century between Romania and the United States of America, adopted on September 26, 2016. They welcomed the Strategic Partnership’s 20th Anniversary in 2017 and declared their readiness to work together to implement its objectives.

The Interim Strategic Partnership Meeting included representatives at working level from both parties and was hosted by the Romanian Ministry of Foreign Affairs.