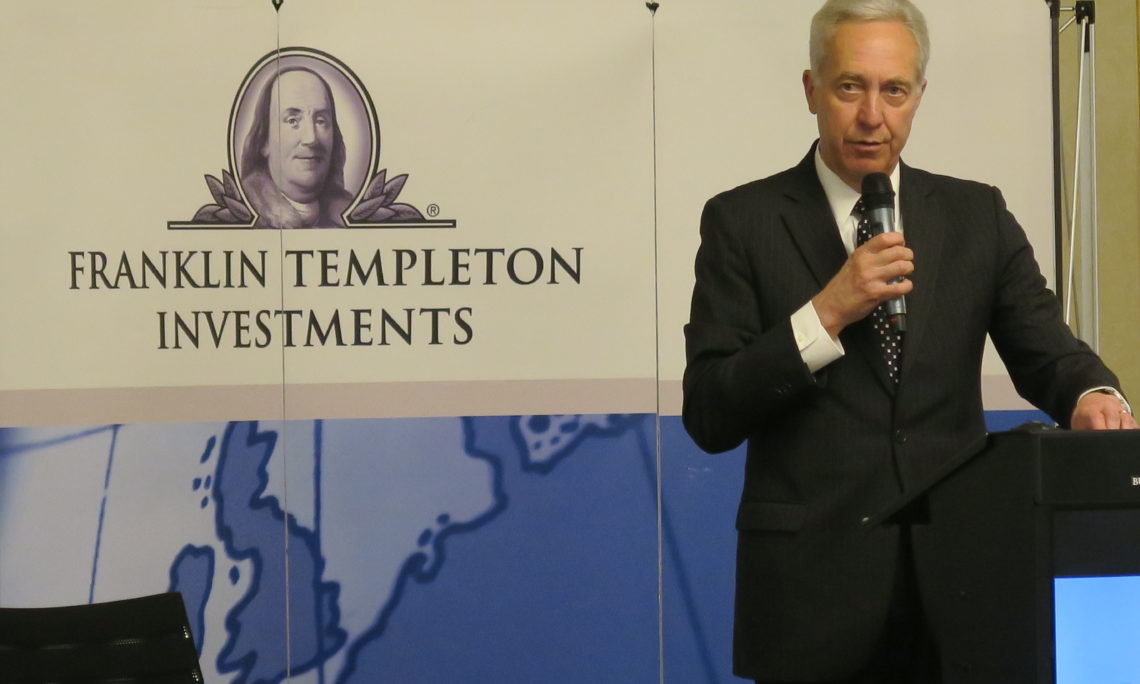 Ambassador Brummell, Greg, ladies and gentlemen, it gives me great pleasure to share this time with you at Fondul Proprietatea Investor Days, my third opportunity to be with you. I think two years ago I had some prepared remarks, last year I took a more informal approach to my opportunity to speak to potential investors, but if you bear with me, this year again I chose to prepare some remarks so please allow me to go through them.

This year, the United States and Romania celebrate the 20th anniversary of our Strategic Partnership. One of the goals under the Strategic Partnership is to promote the prosperity of both Romania and the United States through increased trade in goods and services, as well as increased investment between our two countries. This economic component of our partnership is an important part of our overall relationship and we are eager to see it grow, as is the Romanian leadership. I can’t tell you how often and how regularly when I have an opportunity to engage with the Romanian political leadership, how quickly the issue of our economic dimension comes up and the Romanian express desire that the American presence in Romania yet further strengthen.

Over the past 20 years Romania has been an attractive base for the U.S. and other foreign investors interested in accessing the European market. The United States is proud of the robust presence of U.S. investment in Romania. Many American companies have made significant investments here because they see a bright future here. They are employing Romanians with high paying jobs while raising the professional level of the country in a meaningful way.

As part of the U.S. commitment to deepen our economic ties, we are bringing Trade Winds, the largest U.S. government-led trade mission ever to Romania on October 18th to 20th. According to official U.S. statistics, U.S. exports to Romania are up 37% in the first half of this year, while Romanian exports to the U.S. have grown to some 10 percent. While Trade Winds will be focused on trade, rather than investment, commercial partnerships, along with a business friendly environment, could result in increasing U.S. investment in Romania over time and I expect indeed that will be the case.

Relatively low taxation and pockets of well-educated, tech-savvy workers remain draws for investors. The connection between our economies is already strong, but as Romania continues to improve its investment climate, much more U.S. investment is possible. However, our bilateral economic partnership requires policy commitments on both sides. Transparency, stability, and predictability are key elements of an attractive investment climate. Good governance and rule of law provide the foundation for these key principles and are important criteria when investors consider whether to establish new or expand existing investments in Romania.

It is important that the investors who are already here, and others who are considering investment opportunities in Romania, know that they are welcome and can operate in Romania in a predictable legal system that respects contracts and the rule of law. A stable tax regime, adopted in consultation with all stakeholders and after conducting regulatory impact assessments, provides another fundamental building block, needed to support an attractive business climate.

Romania has made great strides over the past 25 years; however, what does the future hold for the country? Like any business, Romania needs to adapt to changing market conditions. I continue to see this potential for a strong, wealthy Romania. Why not consider a future where in 25 years, Romania is the EU’s sixth or seventh largest economy? The sustained economic growth necessary to achieve this goal requires a strategic vision; transparent decision-making; thorough structural reforms; and long-term planning and investment, especially in infrastructure and not just roads, but also education and health. Professional corporate governance of state-owned enterprises would also play a critical role in pushing Romania’s economy forward.

While the fundamental role of business has generally remained the same over time, other things have changed—particularly, the expectations society places on businesses. We often talk about corporate social responsibility and good governance, which point to the reality that in today’s world boards of directors, managers, and investors are also expected to participate in solving a range of social and economic challenges. What we see now is that business tends to derive its social legitimacy from several things: the economic and social value it creates for society; its performance for investors, citizens, and consumers; its partnerships with governments and non-governmental actors to contribute to finding solutions to social and economic problems; and importantly, the relationship of trust business leadership instills in its employees and society writ large.

The capital market also in Romania has an important place in its future, and there is—as we all know—significant untapped potential here. The market could become more liquid, broader, could provide alternate financing to companies that are listed, and improve transparency for capital investors. The United States, along with investors, also looks forward to IPOs here in Bucharest that could help Romania move from frontier to emerging market status, and unleash access to significantly more capital that could be put to work here in Romania.

As Romania is in the process of making key decisions on, for example, its law on public-private partnerships, the creation of the Sovereign Development and Investment Fund, and potential IPOs, the United States stands ready to continue to cooperate for mutual prosperity as part of the ongoing strategic partnership that our countries enjoy.

In closing I want to thank Fondul Proprietatea for the invitation, for being an active advocate for many of the fundamental principles I have outlined today, and I hope you will enjoy the substantive discussion that will follow in today’s program. Thank you for your patience and attention.

Moderator: I do have one or two questions. The first question is: in your discussions with ambassadors did you face more questions recently about the corporate governance, the rule of law and fear of corruption coming back?

Ambassador Hans Klemm: Yes, but the concerns are raised somewhat carefully and what I would like also to point to is the active voice that American investors, American businesses present in Romania, have taken recently through the American Chamber of Commerce. Concerns are expressed about—as I mentioned—stability, predictability, transparency, willingness by the Government to thoroughly and genuinely consult with stakeholders, a desire yet to be realized that the Government undertake impact assessments, cost-benefit analyses before making key changes or decisions on economic policy. All these things are elements that not only American investors but others are seeking from their Romanian host.

Moderator: But then overall, do you see this business climate here in Romania has improved in the last few years that you have been here as the ambassador or whether it stayed the same or it deteriorated?

Ambassador Hans Klemm: That is linking back to your previous question—you asked about investor perceptions regarding corruption, and the rule of law—here the United States thoroughly does believe that there has been striking improvement in Romania’s effort and willingness to consolidate and strengthen its rule of law institutions and to wage an increasingly credible fight against corruption. These are not just some vague perceptions that the United States has, these are grounded in fact, because governments can be quantified, as can the perceptions that people have around the country’s fight against corruption. The World Bank for example has a series of world governance indicators or indexes that measure six different elements of good administration, good governance. Two of them bear directly on this topic, one on rule of law and another on control of corruption, the ability of countries to control corruption. Romania’s performance since 2004 for example, when the first key decisions were made to increase the independence of the Romanian judiciary and to set up an independent, a specific unit of prosecutors to pursue high and mid-level corruption, the indicators have risen sharply for Romania. In Romania’s ranking for example, on the control of corruption, it has improved by 20% in the past 15-16 years, since 2004, so about 12-13 years. In the index on rule of law, it has improved almost 30% in terms of its rankings on this index. Transparency International, the international, non-governmental organization based in Berlin also conduct annual surveys on public perceptions of corruption. According to Transparency International, again since 2004, in a survey released in January this year, Romania’s rank in that index has risen 30 places and there have only been three other countries that had similar or greater improvement in their records. So the success that Romania has had in improving rule of law, improving its fight against corruption has been quantified, has been shown to be very significant and it is something the United States very much respects. And we strongly hope it will not be reversed.