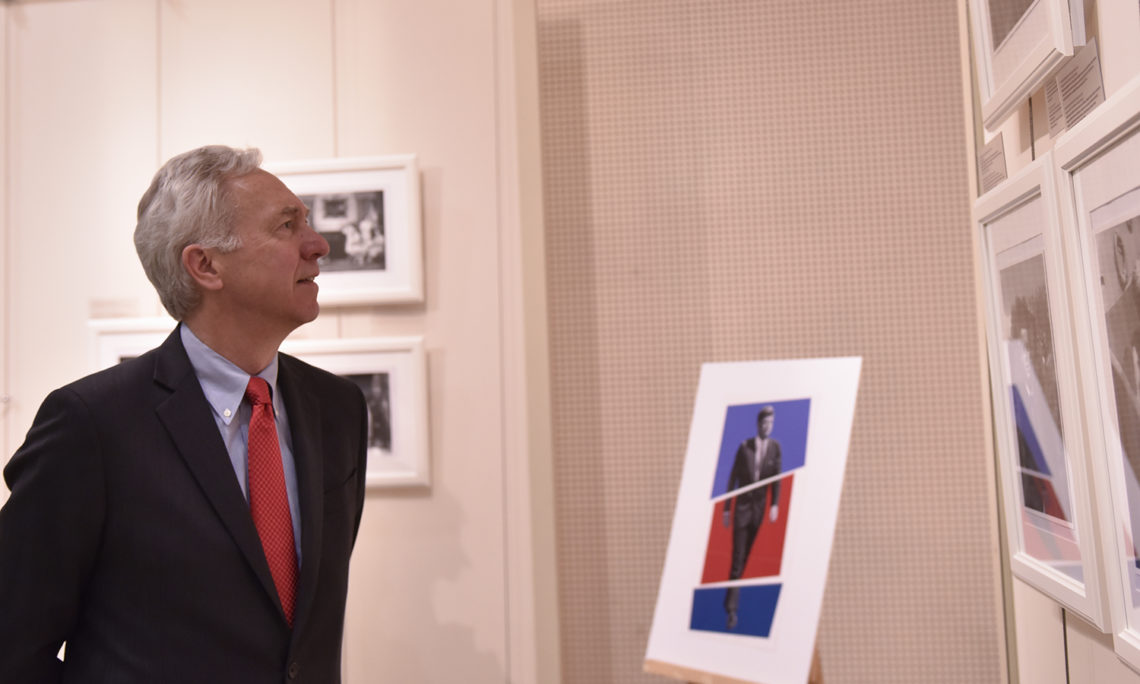 The U.S. Embassy in Romania, the National Library of Romania, and the Youth Forum Association invite the Romanian public to visit a valuable exhibition commemorating the 100th anniversary of the birth of President John F. Kennedy.

Based on the book JFK: A Vision for America, edited by historian Douglas Brinkley and JFK’s nephew, Stephen Kennedy Smith, “American Visionary” will be on view at the National Library of Romania, Symposium Exhibit Hall, from May 2 through May 19, 2017.

The exhibition is organized by Lawrence Schiller of Wiener Schiller Productions and is also traveling to thirty countries as well as museums in the United States, starting with the Smithsonian American Art Museum in Washington, D.C. in May 2017 and the New York Historical Society in New York, opening in late June 2017.