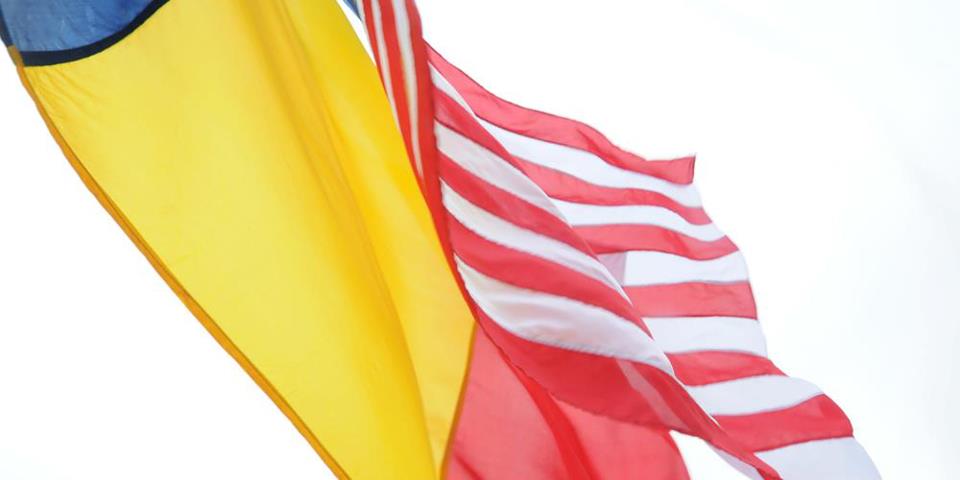 The Governments of Romania and the United States of America held the sixth plenary meeting of the Strategic Partnership Dialogue in Bucharest, Romania, on June 19, 2018.  This partnership is rooted in a shared commitment to the values and interests that underpin the West.  The two governments reaffirm this commitment and pledge to work together on a range of issues, building on the fruitful dialogue between the President of Romania and the President of the United States, held in Washington, DC on June 9, 2017.  We welcome the 100th Anniversary of the birth of a modern and united Romania and the important role played by the United States in this regard.

We reaffirm the importance of a robust Transatlantic partnership in safeguarding the common security and prosperity of both countries. The Romanian Presidency of the Council of the European Union in the first semester next year will provide an additional avenue for Romania and the United States to cooperate closely to develop and expand the Transatlantic partnership.

Robust security cooperation is a vital part of the U.S.-Romania Strategic Partnership.  We will  work together in NATO in support of Allied solidarity, deterrence and defense, and burden sharing in keeping with the decisions taken by the Alliance at successive NATO Summits.  The U.S. side welcomes the consistent investments of Romania in developing the capabilities of its armed forces, resulting in an increased contribution to Allied security.  It is our common objective to ensure that Romania achieves and maintains its Wales Summit pledge of spending 2 percent of GDP on defense and we will work together to ensure military mobility in Europe is strengthened.

Acknowledging Romania’s key role in the stability of Central and Eastern Europe, the United States looks forward to continued cooperation with the Romanian government on shared priorities in the region, with special attention to facilitating energy investment, creating a single European energy market, diversifying energy routes and supplies, bolstering competitiveness and transparency, and advancing interconnectivity in the energy, infrastructure and digital fields.  The United States reiterates its strong support for the Three Seas Initiative Summit hosted by Romania in September 2018.

We welcome the positive dynamic of our commercial exchanges, and will continue our close cooperation to widen the scope and depth of the economic and commercial dimension of our Strategic Partnership.  Both sides also acknowledge the importance of strengthening operational cooperation to effectively prevent and eradicate trafficking in human beings.

Taking into account the strategic environment in the wider Black Sea region, and its influence on Transatlantic security, we reiterate our support for a European perspective for the Republic of Moldova, Ukraine and Georgia and will jointly cooperate in promoting development and technical assistance to them.   The delegations to the 6th Annual Dialogue were led by Vice Prime-minister for the Implementation of Strategic Partnerships Ana Birchall and Assistant Secretary of State for European and Eurasian Affairs, Dr. A. Wess Mitchell. This dialogue is to be followed by sectoral working groups that will advance specific aspects of this strategic dialogue. The parties agreed to hold the next meeting in 2019.