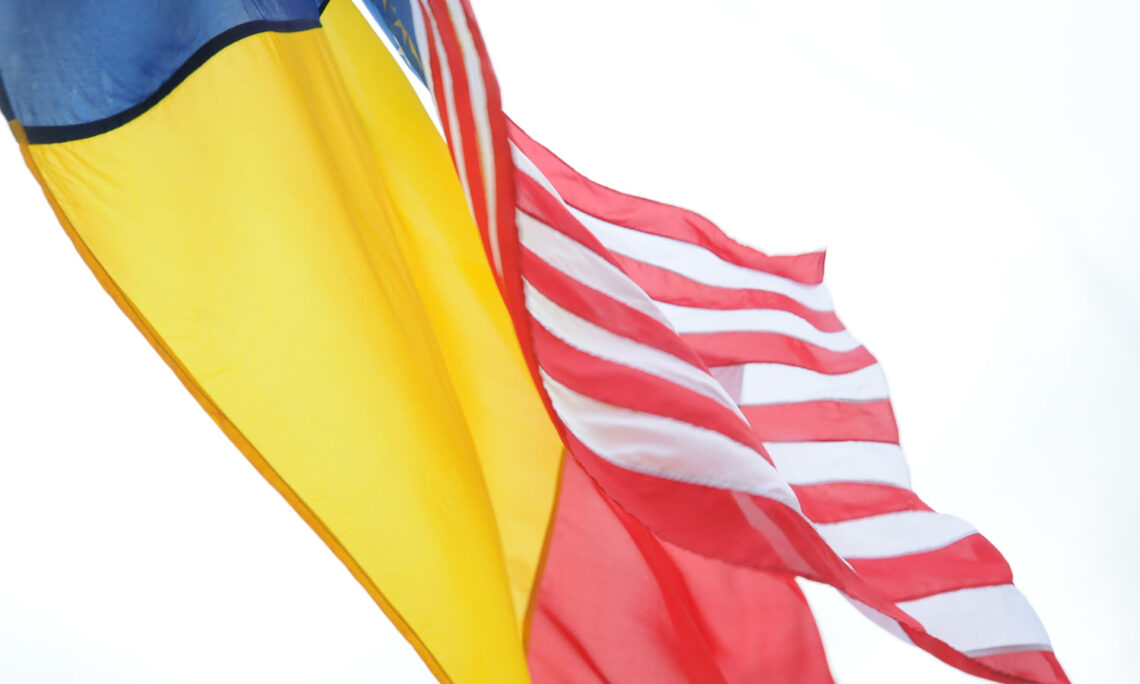 U.S. Department of State
Media Note
Office of the Spokesperson

The text of the following statement was released by the Governments of the United States of America and Romania on the occasion of the Seventh Round of the Strategic Dialogue:

The Governments of the United States and Romania held the seventh round of the U.S.-Romania Strategic Dialogue in Washington, D.C. on November 9, 2021, following political consultations between Romanian Foreign Minister Bogdan Aurescu and U.S. Secretary of State Antony J. Blinken on November 8.

This bilateral engagement comes at a symbolic moment, as the United States and Romania celebrate the tenth anniversary of the adoption of the Joint Declaration on the Strategic Partnership for the 21st Century and the signing of the Agreement on the Deployment of the U.S. Ballistic Missile Defense System in Romania.

The United States and Romania assessed the progress achieved in the framework of the Strategic Dialogue and emphasized the importance of the U.S.-Romania partnership in addressing common threats and challenges. The discussion focused on shared values and interests, reaffirming the strong, steady, and deepening bilateral cooperation between the United States and Romania and our joint commitment to enhance cooperation on a broad range of topics.

The meeting featured the established working groups of the Strategic Dialogue framework: political-military cooperation; regional political and economic developments; bilateral economic cooperation on infrastructure, investment and trade; energy and the environment; cooperation in the field of the rule of law; and strengthening people-to-people connections.

Security cooperation is a consistent part and a key component of the U.S.-Romania Strategic Partnership. Together the two sides will build upon significant achievements, such as the missile defense site in Deveselu, and will continue to enhance their joint endeavors within NATO to carry out their commitments on defense and deterrence, with a special focus on the Black Sea region, a key component of Euro-Atlantic security. The United States and Romania underscored the importance of building on Secretary of Defense Lloyd Austin’s successful visit to Romania in October 2021 to deepen our cooperation on critical security issues.

Both sides agreed to work together to strengthen the transatlantic relationship, across all formats of cooperation. The parties expressed their commitment to systematic and in-depth consultation and coordination regarding policies and initiatives that promote transatlantic strategic resilience, with the aim of reducing dependence on actors who do not share the values and interests of the transatlantic community, while at the same time increasing connections with like-minded partners and actors.

In particular, the United States and Romania will work closely on the future Strategic Concept of NATO, with a view to strengthening the Alliance in fulfilling its mission as the guarantor of peace and security in Europe. At the same time, both parties underlined the importance of EU-NATO cooperation, ensuring complementarity and strengthening interoperability.

On infrastructure, investment, and trade opportunities, both countries raised ways to achieve positive, concrete outcomes for our businesses and citizens and to promote our shared economic values. The two sides acknowledged the strategic importance of developing infrastructure to facilitate interconnectivity between the countries of Central and Eastern Europe, including through U.S. support and potential investment. Both sides expressed support for the Three Seas Initiative and its potential to ensure economic resiliency for the region.

The two sides assessed the bilateral cooperation in the field of energy, with particular attention to the implementation of the Intergovernmental Agreement for cooperation on Romania’s nuclear power program signed last year. Moreover, the United States and Romania both highlighted the importance of President Iohannis’ announcement, alongside Special Envoy Kerry at last week’s COP26 gathering in Glasgow, of Romania’s intention to deploy “first-of-a-kind” U.S.-built small modular reactors (SMR) by 2028. This makes Romania a regional leader and consolidates its commitment to fighting climate change with the contribution of preeminent U.S. technology, highlighting once again the distinctive feature of the U.S.-Romania Strategic Partnership. The two sides also discussed potential cooperation on offshore wind resources. Romania’s bold regional leadership and U.S. ingenuity will create jobs, strengthen European energy security, and combat the climate crisis.

The United States and Romania will closely cooperate on technology in the field of communications, given the importance of the security of the next generation of wireless communications networks in order to ensure prosperity, but also security for the two nations.

The United States and Romania agreed to work together to become stronger and more resilient, including through common action to promote democracy, rule of law, and fundamental human rights both regionally and globally. They reaffirmed their commitment to work together to counter systematic attempts to undermine the common values of the Euro-Atlantic community. The United States and Romania stressed the importance of continued joint efforts to preserve the rules-based international order, supporting good governance and preserving open societies. Both parties discussed using the Summit for Democracy in December to strengthen democracy and rule of law around the world.

The United States and Romania also renewed their commitment to work together in combatting emerging threats and respond to attacks perpetrated with hybrid means, or in cyberspace, as well as fighting disinformation.

The United States and Romania will continue to prioritize educational, cultural, and professional exchanges and are committed to work together to move towards meeting the requirements for admission of Romania into the Visa Waiver Program. Our extensive people-to-people connections are a collective strength and both countries agreed to build on public diplomacy programming that addresses Holocaust issues and promotes mutual understanding across the full range of our shared priorities.

Both sides expressed a strong interest in deepening the bilateral strategic partnership in the year ahead and through future strategic dialogues. The parties agreed to hold the next annual meeting in Bucharest, Romania in 2022, when we will mark the 25th anniversary of the launch of our Strategic Partnership in 1997.