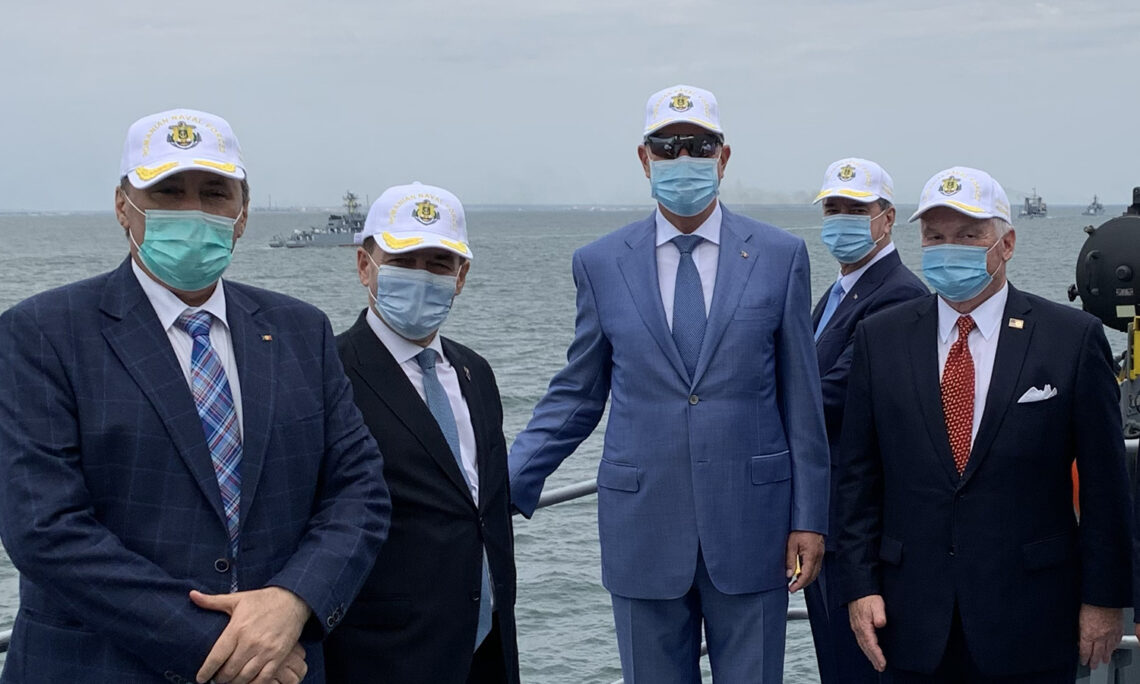 Huawei is still the wrong way. Why? Because nations must not entrust their citizens’ security to a company indicted for intellectual property theft, conspiracy, wire fraud, bank fraud, racketeering, and for helping Iran avoid sanctions meant to stop that nation from funding terrorism. Huawei has been implicated in wrongdoing and criminal behavior from the Czech Republic, to Sierra Leone, and in countless countries in between. 5G is a revolution, not an evolution, in digital technology and it must be secure. As the internet of things develops, I am comfortable with my smartphone talking to my car, but I refuse to let it communicate with Chinese communists and their surveillance state. Romania faces a decision and it needs to bear in mind its security, its alliances, its history, and whom it wishes to do business with.

Under the leadership of President Trump, the United States and other democracies around the world have chosen freedom. Romania has also chosen freedom along with scores of like-minded countries that believe in transparency, the rule of law, and security. Romania, like other 5G Clean countries, should accept only the highest standards of security.

As Romania decides its digital future, I offer one bit of advice that has guided me for decades, “When someone shows you who they are, believe them the first time.” These words by storied American poet and civil rights activist Maya Angelou ring true. And I would ask those seeking lax standards for their citizen’s digital security or paving the way for Chinese communists to control Romania’s infrastructure, what else does the Chinese Communist Party need to show you before you believe it? Is the territorial expansionism not enough, do the Uighur concentration camps not show who and what you are dealing with? Does China’s behavior in Tibet or its deprivation of human rights in Hong Kong not show you?

President Iohannis, like President Trump, has approached this matter with a cleareyed perspective and one informed by history. President Iohannis’ efforts to finish the work started 30 years ago and rid Romania of the remaining red-barons and their corrupt legacy are laudable. He will not cede one inch of Romania to communist control. A year ago, President Iohannis pledged with President Trump to avoid the security risks inherent with Chinese investment and involvement in 5G networks. President Iohannis was also clear when he said, “We don’t want to end up with critical systems being operated by companies which are not trustworthy.” U.S. Secretary of Defense Mark Esper was emphatic about the very real negative impacts that a European embrace of Chinese 5G technology could have on NATO: “Reliance on Chinese 5G vendors could render our partners’ critical systems vulnerable to disruption, manipulation and espionage. It could also jeopardize our intelligence and communication-sharing capabilities, and by extension it could jeopardize our alliances.” Fortunately for Romania, the Orban government has made the bilateral 5G memorandum a pillar of its cybersecurity platform.

Huawei fails to meet free democratic nations’ standards because of its complete control by Beijing. In addition to the litany of criminal charges against the company and its subsidiaries, Huawei lacks a transparent ownership structure, is profoundly unethical, and not accountable to any impartial judiciary in China.

The Chinese communist propaganda machine has been hard at work pressuring Romania and saying that Huawei is caught in a “trade war” with the United States. It is not. The United States is not attempting to steer the decision toward any one company. The United States will not entrust an aggressive foreign surveillance apparatus with every aspect of our very lives. There are numerous companies that offer 5G solutions such as Nokia, Ericsson, and Samsung. These companies have the added benefit of not being aligned with communist governments, militaries, and gross human rights abusers.

When the propagandist’s false trade war narrative fails, they draw yet another card from the over-played communist deck—they threaten. Huawei claims thousands of jobs and billions of euros are at risk—ignore our attempts to control you and our slave labor practices, or your workers and your nations’ economies will be punished. Again, this is a lie. Ericsson has more than twice as many employees in Romania and is already producing 5G equipment here. Information and infrastructure are power which should not be given to the Chinese nation that ascribes to an absolute authoritarianism that Romania and many other Eastern European countries are still recovering from.

Secretary Pompeo reminded us that those who do business with Huawei, do business with human rights abusers. You do not need to do it. There are alternatives. Romania can embrace the 5G revolution while avoiding the Chinese Cultural Revolution. Ericsson, Nokia, and Samsung are just some of the alternatives. We support every nation’s progress towards the future. But progress must include information security and an infrastructure that does not rest in the hands of corrupt foreign powers that threaten and coerce. Romania should set its own standards. Romania needs to protect its future and its people. Far too much of this country’s past was stolen in the 20th century by communists—foreign and domestic—and by unchecked surveillance. The Chinese Communist Party is incredibly experienced with using technology for surveillance and oppression. There is no place for crooked communist Chinese companies in a free and democratic Romania.