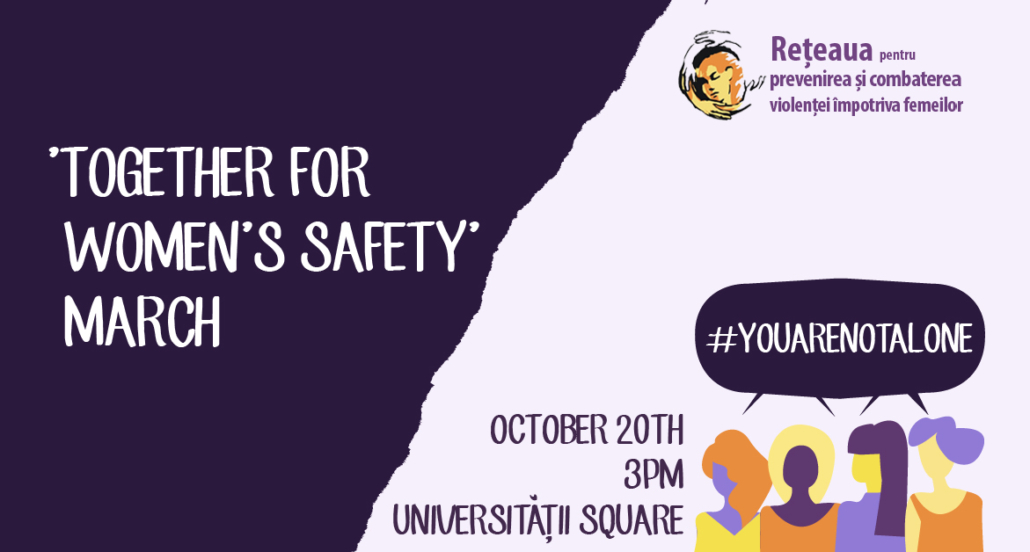 The Ambassadors of Algeria, Finland, France, Germany, Norway, United Kingdom, United States of America and Sweden in Romania will  join the march “Together for Women’s Safety”, in Bucharest, Saturday, the 20th of October, starting at 3PM. The Ambassadors of Austria, Canada, Lebanon and Peru express their solidarity with the participants.

The march is organized by The Network for the Prevention and Combating of Violence against Women, which gathers more than 20 NGOs.

This participation is in line with the United Nations campaign „UNiTE to End Violence Against Women”, also known as the Orange campaign, that aims to raise public awareness and increase political will and resources for preventing and ending all forms of violence against women and girls in our countries and worldwide.

By doing so, the Ambassadors wish to express their support and solidarity with women and girls from all countries and continents which suffer such acts of violence and to denounce this violence. This scourge is one of the most widespread violations of fundamental human rights worldwide and requires mobilization and vigilance of all sectors of our societies.