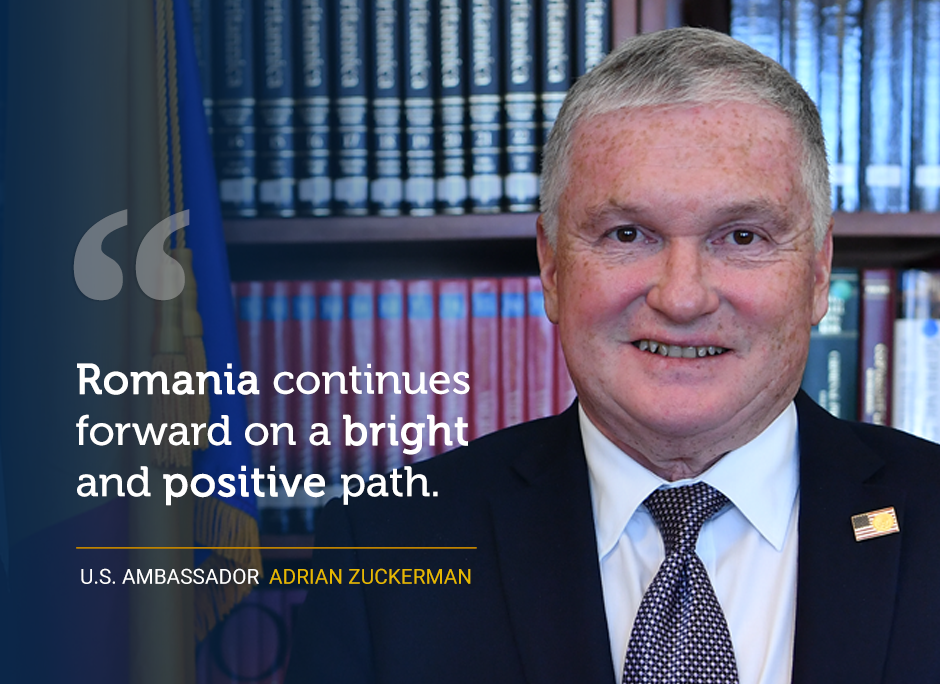 Romania continues forward on a bright and positive path. On Wednesday, I, along with my DCM David Muniz and Scott Kerin from the Justice Department, had the pleasure and professional honor of meeting with the new Justice Minister Stelian Ion and some of his senior staff. It was a thorough and productive meeting in which we discussed the extremely strong cooperation between our two great countries, the status of various pending proposals, and new Rule of Law initiatives. I am confident that the incredible efforts and accomplishments of Former Justice Minister Predoiu to advance the Rule of Law will continue and be built upon by Minister Ion. Minister Ion, as a member of parliament, led his colleagues in the fight against the forces of corruption and fought to strengthen the Rule of Law. As the Minister of Justice I know he will use every available resource to continue this fight.

Romania and the United States have an incredibly strong and special relationship. During our meeting we reaffirmed this bond and recommitted ourselves to working together to ensure that organized crime, endemic corruption, human trafficking, and intellectual property crimes will find no safe harbor within Romania. The zero tolerance standards previously committed to by Minister Predoiu and Minister Vela continue to be the same standards applied by Minister Bode and Minister Ion. For that I applaud them. The old reign of corruption, cronyism, and organized crime that sought to steal the hope and future from generations of Romanians is over. The Rule of Law has been strengthened in Romania and its continued future is bright.

In the past couple of weeks, during multiple meetings with members of the new coalition government, I have been impressed by the cooperation between the ministries and the seamless continuity of prior initiatives. Romania has no better friend than the United States and it was my pleasure to renew our pledge to Minister Ion to stand should-to-shoulder with the Romanian people on their path forward.