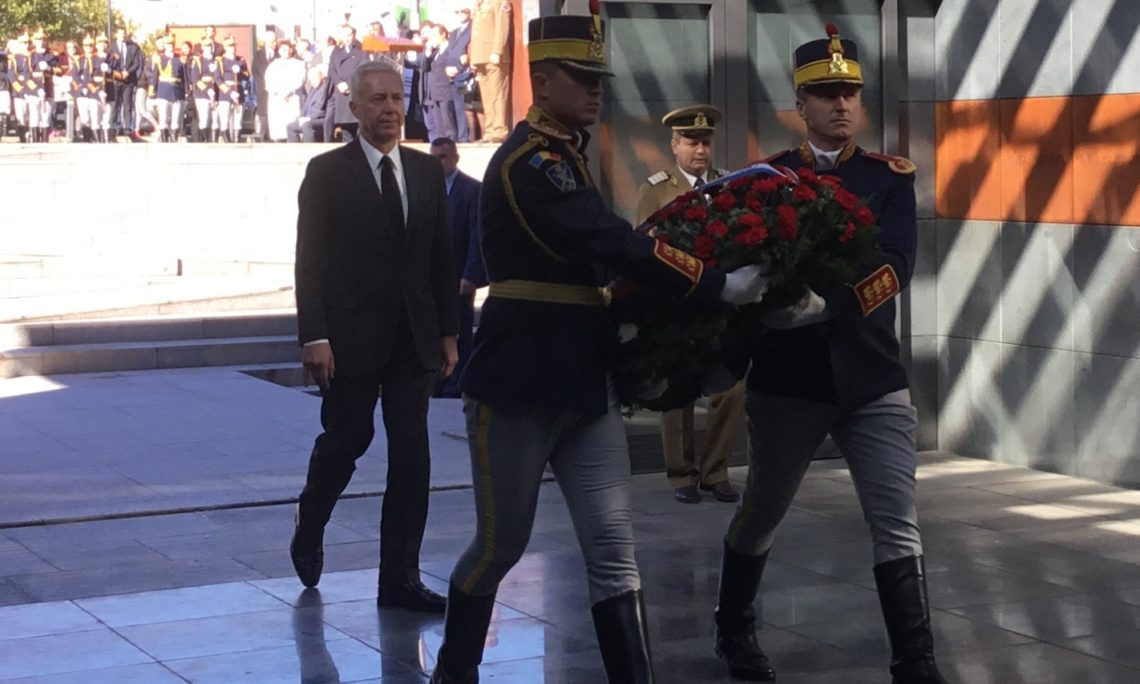 Members of the Parliament, Councilor, Observers of the Government, Distinguished Guests, your Excellencies, Ladies and Gentlemen, as we remember today all the victims of the Holocaust, let us also note that there is a disturbing trend that is taking shape across Europe, one which hearkens back to the same rhetoric that gave rise to the Holocaust.

Sadly, anti-Semitism in some form has been present in Europe for hundreds of years, maybe a millennium. Yet, for roughly 50 years after the Second World War, memories of the horrors of the Holocaust served as a check on anti-Semitism across the continent.

Yet today, those who oppose liberalism and who espouse economic nationalism once again seek to attack and demonize Europe’s Jews and Jews outside of Europe. They do this directly, through nationalist demonstrations and vandalizing memorials and cemeteries. And they do this obliquely, such as by attacking multi-national businesses and alluding to purported and somehow nefarious Jewish ties to legitimate commercial enterprises to fuel animus and draw sinister conclusions.

The resurgence of anti-Semitic rhetoric, coupled with the economic upheavals caused by globalization, provide fertile ground for those who seek to manipulate public opinion and move Romania away from the foundations of its Euro-Atlantic principles.

This animosity is made worse by the rise of false narratives of all types, the “fake news” that makes its way from the Internet into the public discourse. There is only one goal of such narratives, one purpose: to divide us, to weaken our institutions and polarize our societies.

Politicians and journalists who succumb to the temptation to use these narratives may do so out of opportunism, sensing a chance for short-term gain even when they are not necessarily believers themselves. But that opportunism is ultimately devastating. And what is really being accomplished through it is the work of our enemies, of those who seek to do us harm.

It might be the racist, xenophobic fringe of the far right. It might be the malign influence of Russia. It might be those seeking to divide communities by stirring the pot of strident economic nationalism. All seek to weaken our partnerships and Trans-Atlantic orientation for their own ill-willed purposes.

Our only response to this threat must be to identify anti-Semitic narratives and resist them. And those who spread them unwillingly must be made to understand what is taking place. For only through resistance, through countering this appeal to people’s most base instincts, can we restore some balance to Europe and the world.

Just as we have pledged never to forget the nightmare of the Holocaust, we must be as vigilant in preventing current and future attacks against all cultural and religious minorities. We must not allow these people to act as scapegoats for others who are frustrated by a world that is becoming ever-more connected.

For our part, the United States is proud of the Strategic Partnership we have maintained with Romania for the past 20 years. Through it, we have been able to engage constructively on many issues, including the need to combat discrimination in all its forms. We also look to the European Union and all the important work it has done to harmonize relations between its member states and their populations.