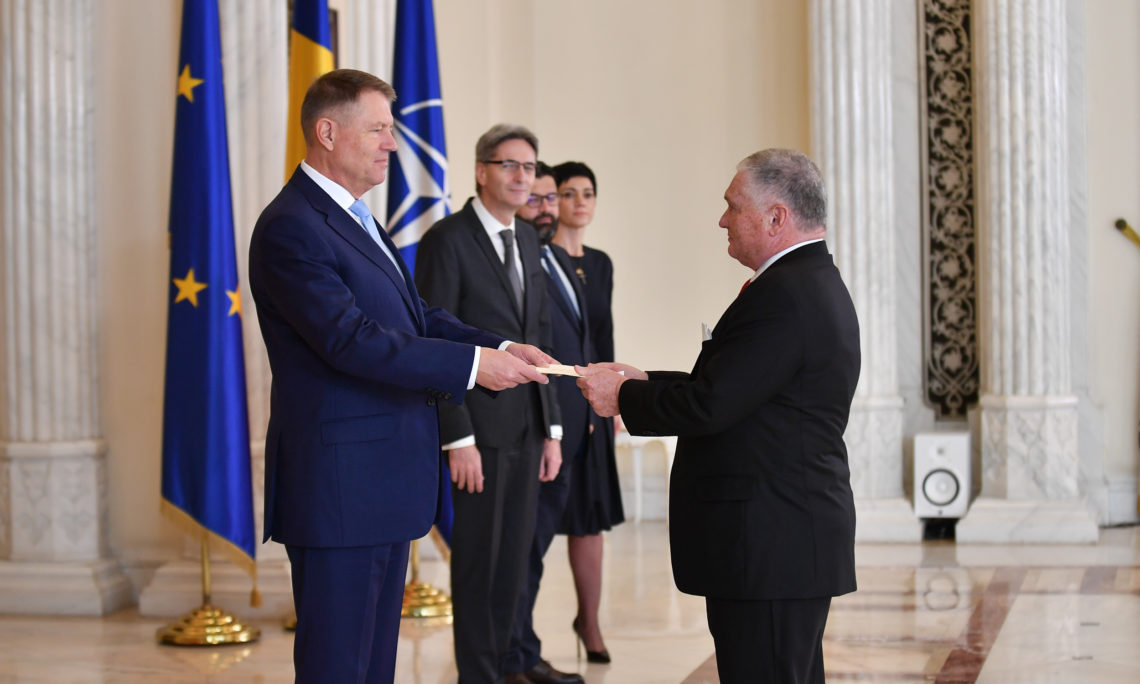 Adrian Zuckerman, the new U.S. Ambassador to Romania, presented his credentials to President Klaus Iohannis during a ceremony at Cotroceni Palace. Ambassador Zuckerman told President Iohannis, “The people of Romania have no better friend than the people of the United States.”

Ambassador Adrian Zuckerman was confirmed by the U.S. Senate on November 20 and was sworn in by President Donald Trump on November 22.

A prominent New York attorney, Ambassador Zuckerman was born in Romania and emigrated to the United States at age 10 with his parents, Emil and Aura.