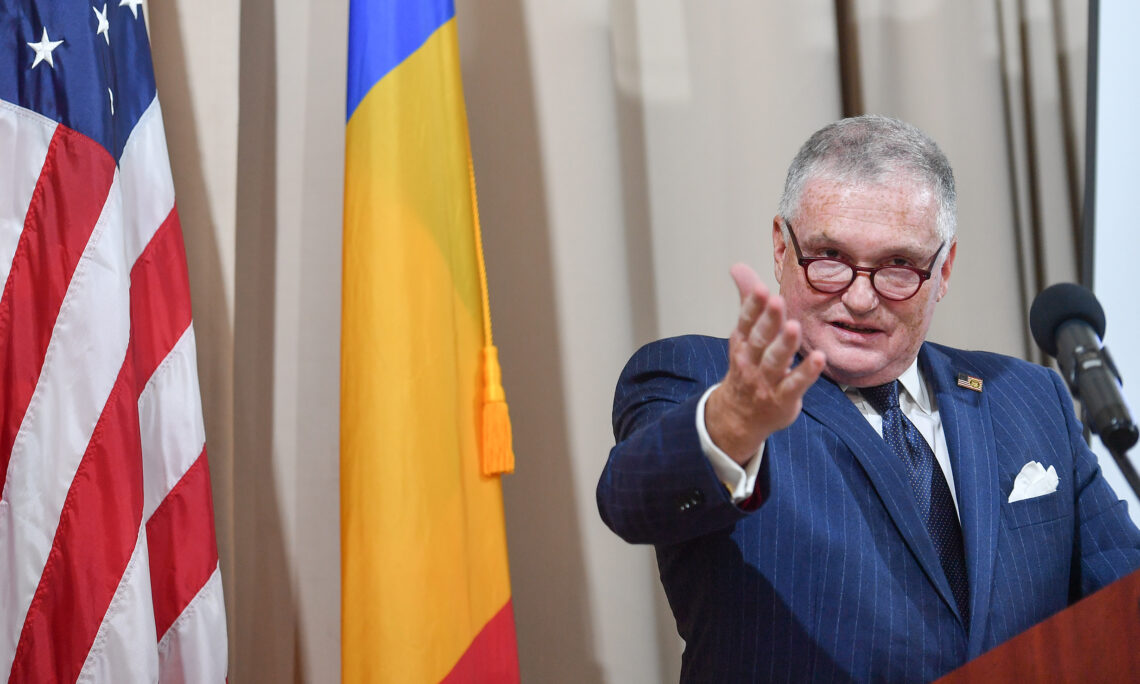 Huawei and the Chinese Embassy continue to try to mislead the people of Romania. The purported clarifications of Huawei’s position distributed by the Chinese embassy, various authors with checkered pasts and Russian disinformation outlets are demonstrably false and unavailing. The Communist Chinese disdain freedom, the rule of law, human rights, and the truth. Huawei and its Communist Chinese bosses in Beijing are masters at intimidation, influence peddling and trying to prevent honest Romanians from reading the truth.

Huawei was indicted due to its practice of using fraud and deception to steal trade secrets. According to a Justice Department release dated February 13, 2019:

It is incomprehensible that any Romanian can advocate for Huawei or the Communist Chinese. It is even more incomprehensible that some Romanian press outlets so easily succumb to the power of the almighty RON and publish propaganda for these corrupt entities and Communists. I was in Bucharest in December 2019; I stood in front of the interior ministry; I read the names of the martyrs who lost their lives 30 years ago in the revolution against the Communists. I do not want Romanian children to have to read the names of future martyr patriots because of payments received by the greedy press from unscrupulous Communist Chinese actors to run their propaganda. The Communist Chinese control the media and press in China and want to do exactly the same in Romania. Do not let them. Just say NO!

The Communist Chinese party monitors the lives of all Chinese people in China. Communist China monitors its citizens through various technologies including the internet, cameras posted throughout the country, phones, and other device cameras. Companies like Tencent, Dahua Technology, Hikvision, SenseTime, ByteDance, Megvii, Huawei, and ZTE, have created products, hardware, and software, to assist the Communist Chinese government implement its China Internet Security law. As part of the Skynet Project there were over 200 million close circuit tv cameras in China as of last year. By the end of this year the number is anticipated to exceed 600 million.

Mobile phone apps are also used in China to allow citizens to report “bad behaviour” by their friends and neighbors! The Communist Chinese call it social supervision. Isn’t that where Romania was 30 years ago? Is that what you want again? Big data collection and analyses, facial recognition and monitoring of social media use – yes, isn’t Huawei great! Internet and social media monitoring by the central Communist government – it’s the good old days back again for Romania.

Huawei, its shell companies, and hidden subsidiaries are now being held accountable for their pattern of criminality and espionage. The question remains what about the other Chinese Communist companies engaging in similar behavior. Chinese Nuctech employees in Namibia were accused of public sector bribery worth tens of millions. Earlier this year Nuctech bribed ranking police officers in Taiwan—again, another public procurement, and more suitcases of Chinese Communist money. This is now happening in Romania.

President Trump, Secretary Pompeo, and the American people do not support Communist oppressors, their militaries, or their surveillance states. Foreign oppressors with concentration camps and companies that do business with Iran and North Korea will never see a bit of support from the United States or its allies. 5G is critical, but nothing is worth that Faustian bargain. There are safe and clean path 5G alternatives like Nokia, Ericsson, and Samsung.

5G advanced technologies in defense, transportation, energy, law enforcement, and ordinary everyday life will bring the world new opportunities. We can build a secure Clean Network 5G infrastructure today to shape tomorrow’s digital world. However, Huawei and the Communist Chinese want to make Romania the surveillance state of 30 years ago- just like it is in Communist China. Send Beijing a message—the Communist surveillance state no longer exists in Romania. President Trump and the American people had the courage to say no. I know the brave and courageous people of Romania will also say no. The people of Romania want democracy, privacy, decency and the rule of law. The people of Romania want to do this the RIGHT way. Huawei is the WRONGWAY for Romania.