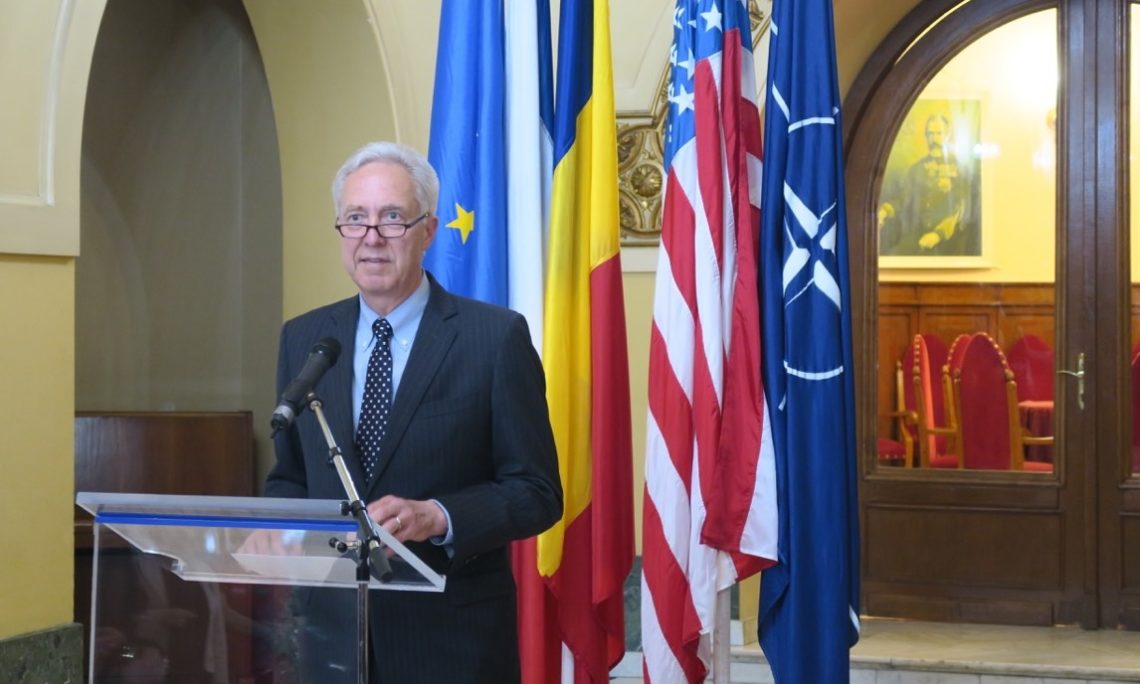 I am very honored to be here, first of all in the presence of Her Excellency, the Ambassador of France; France after all is America’s oldest ally and without their assistance and support in our war for independence it is arguably may have been impossible for us to achieve independence and to celebrated as we did just last week.

In the case of our Romanian allies, today on some of the photos in this exhibition you will see United States first major military effort to assist Romania, supporting the work of the American Red Cross under the command of Col. Henry Walker Anderson. Of course, the scale and scope of the military assistance provided by the American military in World War I, in Romania does not in any way compare to the assistance granted by France under the leadership of General Berthelot here in Romania; but nevertheless, it was the start 100 years ago of what would become a very strong common alliance within NATO, with France, with Romania and of course, our Strategic Partnership with Romania.

1918, one hundred years ago, was for Romania — at least the beginning of that year – a difficult one. President Wilson speaking to the American Congress in his famous 14 Points speech of January 1918, did make reference to Romania urging the evacuation of foreign military forces from Romania and his call for democracy and self-determination of course gave great momentum to the drive for Romanian unity and then for the peace negotiations that followed in Paris in 1919. However, on the ground here in Romania, the conditions were very, very dire. The remnant of the Romanian state in the areas of Moldova were besieged not only by the German armies, but also by troops from the East, from those armies that had split apart after the Russian Revolution of November-December 1917. Population was very crowded given the influx of refugees from both Romania and what is now Ukraine and the Republic of Moldova. The city of Iasi, the capital of Romania was crowded with war wounded and was afflicted with shortages of food, water and a severe outbreak of typhus. And therefore, the American Red Cross mission came to Romania with the support of the American Army. Conditions in July of 1918, 100 years ago right now were still quite severe in Romania. The armistice with Romania was proving to become ever more punitive for Romania and really the outlook looked quite dim in the summer of 1918. By September however, there was an enormous reversal of fortune, partially due to the increasing success of the French Army on the Western front with the now increasing presence of American troops. By July of 1918, already two million American soldiers were on the battlefields of Europe and of course we know what happened first in November 1918 with the Armistice and then on December 1st, 1918, with the Declaration of Unity here in Romania.

As we celebrate 100 years of friendship between the United States and Romania and in lines with France the photos that we see here today serve as reminders of the bond that exists between our countries and I hope a portent of the continuation and strengthening of those relationships.