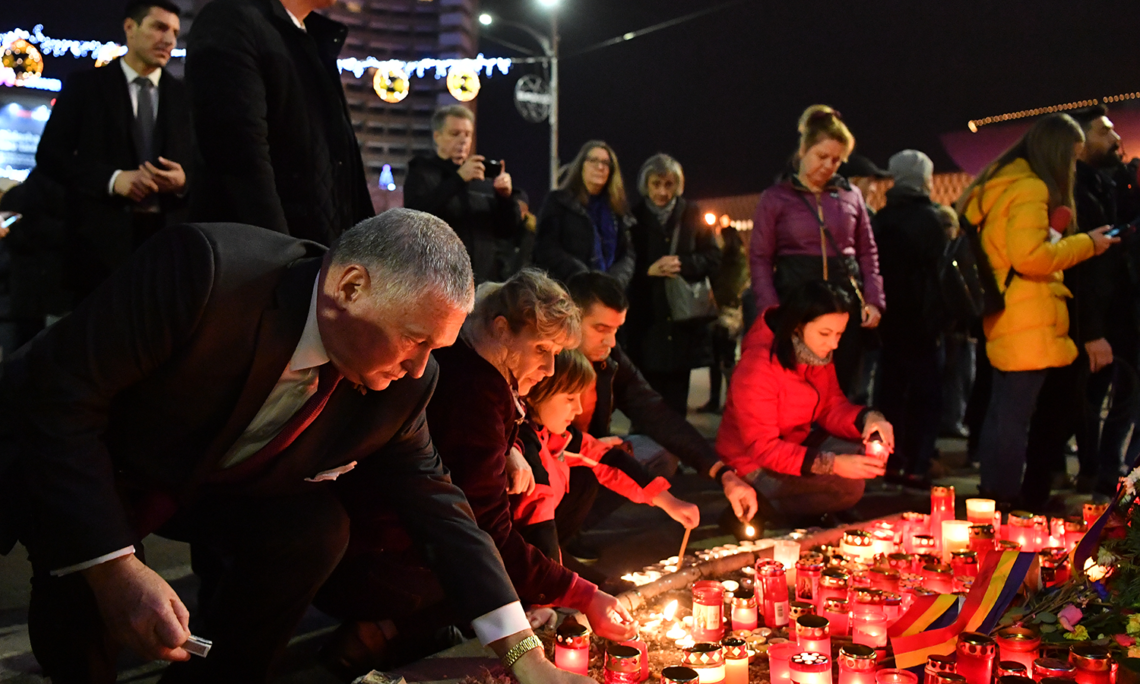 Ambassador Adrian Zuckerman light a candle in the memory of the victims of December 1989 Revolution in Bucharest. (Lucian Crusoveanu / Public Diplomacy Office)

As we recall the 30th anniversary of the fall of communism, America remembers those martyred as Romanians chose the path of liberty, freeing themselves from tyranny. As President Trump said in his message in honor of the National Day for the Victims of Communism, “we remember the more than 100 million people who died as a result of communist oppression… and renew our commitment to helping secure for all people a future of peace and prosperity founded on the core tenets of democracy —liberty, justice, and a deep respect for the value of every human life.” I am honored to have returned to the country where I was born as the Ambassador of the United States of America during this momentous time.

On November 9, 1989, determined men and women put President Ronald Reagan’s famous words into action by tearing down the Berlin Wall — a symbol of abhorrent totalitarianism — sending a message that democracy and the rule of law will always triumph over oppression and tyranny. That spirit reached Romania as protests spread across the country, resulting in the freedom that millions here and abroad had longed for during decades of darkness. The sacrifice and vision of the Romanian people led to the country’s remarkable transformation.

The transition was difficult given the damage caused to society by a perverse, evil and cruel communist regime. By 1989, Romanians had long suffered under unimaginable oppression and material deprivation imposed by the regime. Those who have not experienced this level of misery and hardship cannot fully appreciate what living under communism means – however, my family and I can. Romania did not start its transition to democracy on a level playing field – it was held back by the ravages and decay of communism.

As we reflect on the past, it is appropriate to celebrate how far Romania has come. After two devastating World Wars, stifling communism, and a difficult transition, Romania joined NATO, the European Union, and created a Strategic Partnership with the United States. These accomplishments reflect Romania’s modern vision: pro-European, transatlantic, and committed to the ideals and values of Western civilization.

Romania’s development over the past 30 years has been remarkable and serves as a testament to the courageous decisions and sacrifices of the Romanian people. However, freedom is not free and democracy requires cultivation and careful attention. We are committed to working with Romania to build a stronger future and help the country reach its full potential.

Eradicating the scourge of corruption, which rots institutions, undermines society, and robs Romania of its future, is the key for a better tomorrow. Expanding free markets, while advancing investments in healthcare, education, and infrastructure, will ensure that all Romanians enjoy the blessings of prosperity bestowed by liberty and democracy.