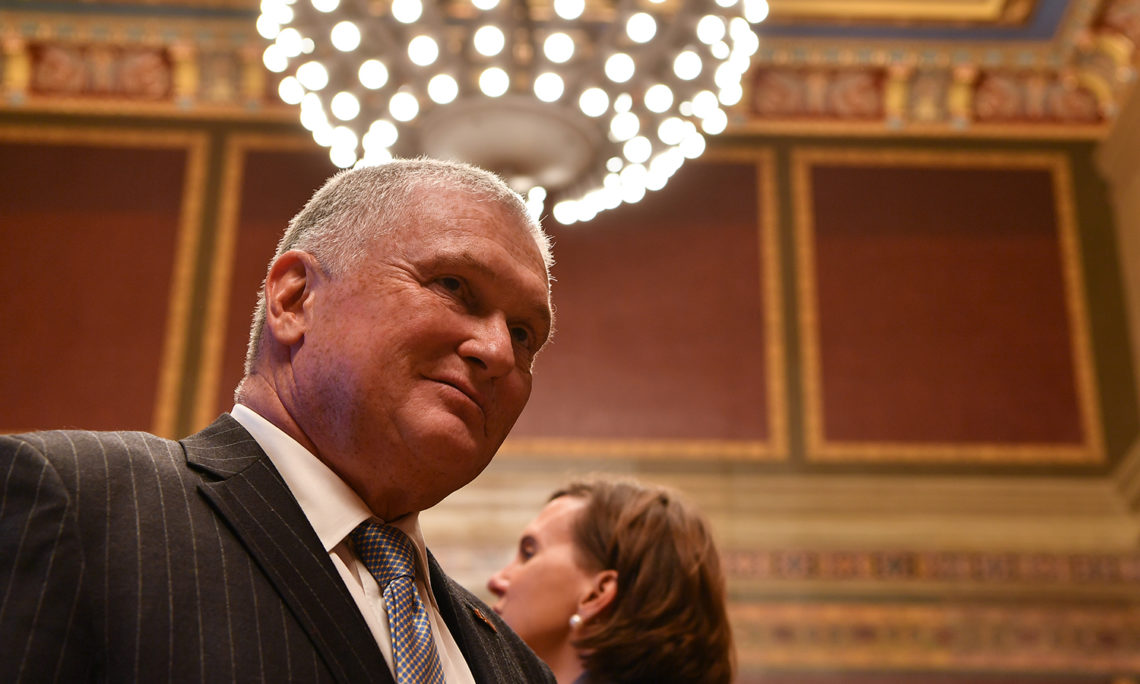 The celebrated American author Mark Twain once said, “A lie can travel halfway around the world while the truth is putting its boots on.” That statement is especially true in the 21st Century. In today’s age of social media, it has unfortunately become normal to see false information reach a broad audience instantaneously through the internet. When a vicious and dangerous conspiracy theory is uttered from an official government mouthpiece, however, we should take particular notice.

That is exactly what happened this past Friday the 13th when a spokesman for the Ministry of Foreign Affairs of the People’s Republic of China (PRC) leveled false accusations against the United States related to the COVID-19 virus.

The fact that the outbreak originated in Wuhan, Hubei province – and that the Chinse government was the first to know about it – is beyond doubt. The virus likely had been circulating in Wuhan since mid-November, and credible media reports indicate the Chinese government knew of a local outbreak last November 17. Chinese doctors on the front lines frantically tried to treat the first patients even as they notified provincial and PRC government authorities of the emergence of this new “SARS-like” virus.

China had a special responsibility to be fully transparent about what its experts knew. Yet Beijing delayed notifying the World Health Organization (WHO), thereby delaying a global response.

Even worse, Chinese authorities actively censored and punished the brave Chinese people who tried to tell the truth. Li Wenliang, an ophthalmologist who later contracted the disease and died from it, was questioned by provincial authorities and forced to sign a confession that he spread “false rumors.” PRC authorities did their best to suppress any information about the spread of COVID-19, even as Chinese doctors heroically attempted to save the lives of dozens, hundreds, and then thousands of patients who were falling ill.

As precious weeks passed and the seriousness of the outbreak became apparent, PRC officials made extensive preparations to protect their own population, while only selectively sharing information, such as genetic sequence data, and continuing

Had these same authorities done the right thing and sounded the alarm about this new disease, China – and indeed the rest of the world, including Romania – might have been spared the impact on our populations.

The Chinese people know their government is to blame for this pandemic. When the full picture emerged and news of Dr. Li’s death became known, the local reaction was dramatic. Even China’s heavily-censored social media platform, Weibo, was flooded with trending topics such as “Wuhan government owes Dr. Li Wenliang an apology,” and “We want freedom of speech.” These conversations drew millions of views before the PRC government authorities deleted them.

So, what do we do now? COVID-19 has spread from Wuhan throughout the world and knows no national boundaries. We must redouble our efforts to cooperate and share, factual information about this disease rapidly and transparently.

But when the crisis finally abates, we should take stock of the outcome and evaluate the costs of this breakdown in international collaboration, the effects of suppressing important factual information, the impact of stonewalling information sharing during the early stages of the epidemic, and the fallout from disinformation campaigns throughout the course of this pandemic.

Make no mistake, the heroes of this story are the doctors and nurses, many of whom are in China, who put their lives on the line to halt this terrible disease and warn the world of its dangers. Accurate information must move freely – especially during crises. A government’s duty is to save lives, not save face.