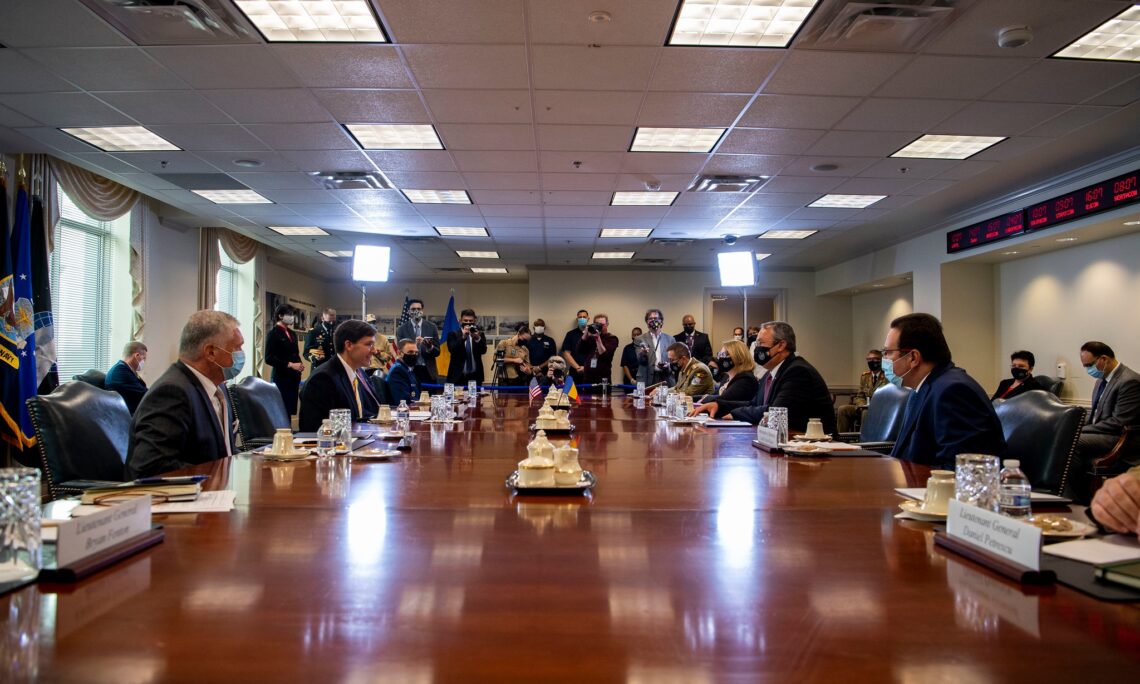 On Thursday, October 8, U.S. Secretary of Defense Dr. Mark Esper and Romanian Minister of National Defense Nicolae Ciuca signed a 10-year “Roadmap for Defense Cooperation.” This is a further indication that the ties between our two countries have never been stronger. Since becoming a NATO Ally in 2004, Romania has always supported the Alliance in all of its undertakings.

Romania’s military readiness and capabilities will continue to increase. The U.S. will continue to support the modernization and interoperability of Romania’s armed forces and continue to assist Romania to defend itself and the Black Sea region, including continued rotation of U.S. forces into the region. As Ambassador Zuckerman has said “(t)his agreement confirms that the bonds between our two countries have never been stronger. The United States and Romania are stalwart allies and will continue to strengthen their military capabilities and readiness with continued defense cooperation to ensure peace and security in Europe.”