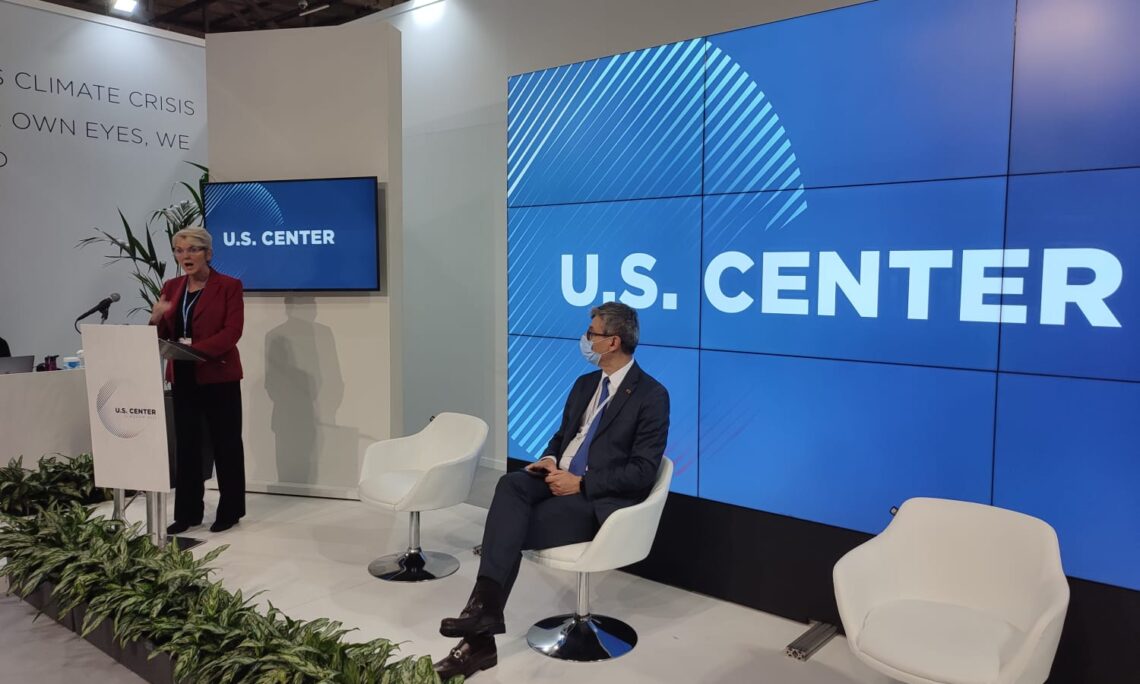 Glasgow, Scotland — U.S. Secretary of Energy Jennifer M. Granholm and Romanian Minister of Energy Virgil Popescu highlighted a new commercial partnership between NuScale Power and Nuclearelectrica that was signed earlier this week on the sidelines of the 26th United Nations Conference on Climate Change Conference (COP26) in Glasgow, Scotland. The new agreement has the potential to advance the deployment of Europe’s first small modular reactor (SMR) in Romania by the end of the decade and could position Romania as a potential hub for SMR production in the region.

U.S.-company NuScale Power and Romanian utility Nuclearelectrica agreed to work toward the deployment of a NuScale SMR plant at a retiring coal facility as early as 2027/2028. The zero-carbon power source will help support the country’s plan to phase out coal-fired energy production by 2032 and further supports the U.S.-Romania strategic partnership on civil nuclear energy deployment.

“The United States views nuclear energy as a pivotal technology in the global effort to lower emissions, expand economic opportunity, and ultimately combat climate change,” said Secretary Granholm. “We have been supporting the development of SMRs for decades, and it is extremely gratifying to celebrate this important milestone for Romania to help them achieve their climate goals.”

“I welcome this new partnership on SMR technology with NuScale,” said Minister of Energy Popescu. “We aim to develop the first SMR this decade in order to meet our critical energy demand and green targets and to secure a quality future for the generations to come. Decarbonization with nuclear possible!”

SMRs and other advanced nuclear technologies will allow countries to generate far more carbon-free power at lower cost to revitalize the nuclear energy industry worldwide. The U.S. Department of Energy has invested more than $400 million since 2014 in order to accelerate the development and deployment of SMRs.

Repurposing coal plants with SMRs can help Romanian communities and plant workers participate in the transition to decarbonized energy, while also continuing to provide local economic benefits. This strategy serves as a catalyst for deployments in other Three Seas Initiative countries seeking to decarbonize and further reinforces the strategic partnership between the United States and Romania.

Romania plans to reduce its carbon emissions by 55% by 2030 and its import dependency on fossil fuels from 20.8% to 17.8% in 2030. Nuclear energy, which currently contributes 33% of the country’s emissions-free energy production, will have an essential role in achieving these decarbonization targets to ensure the energy transition to a carbon-free economy.