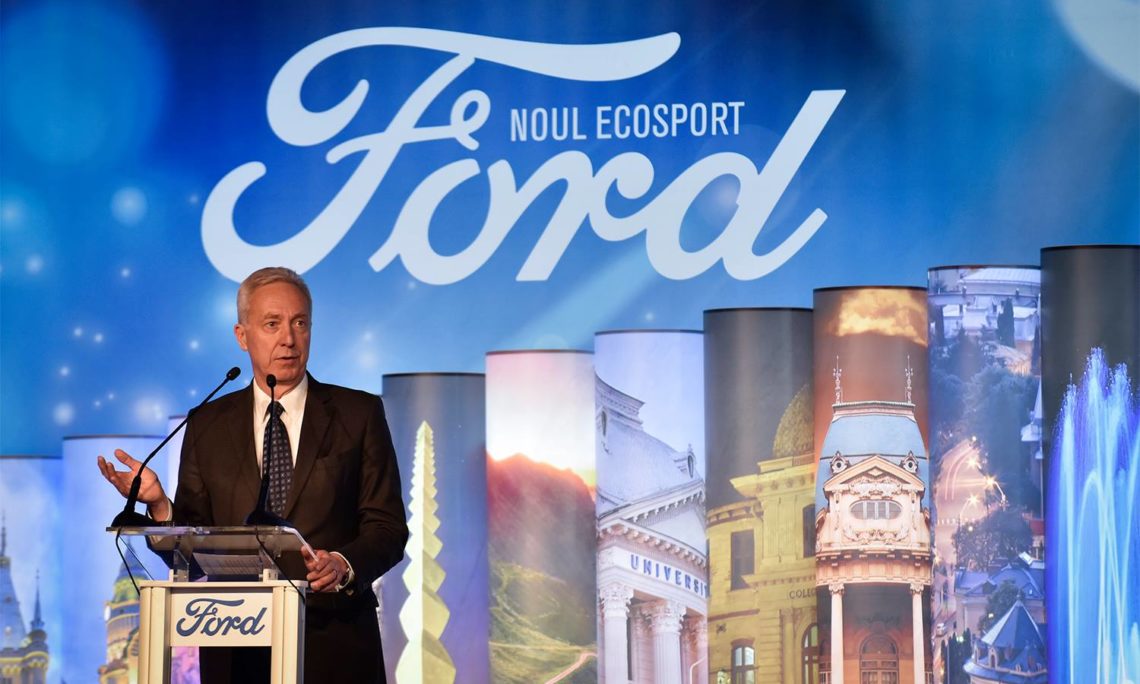 This loyalty that Ford shows its employees is not exceptional. Because Ford has always been the kind of company that greatly respects its employees. Ford Motor Company has been recognized as one of the world’s most ethical companies by Ethisphere Institute, a leading business think tank. Ford is one of only 100 global companies – and the only automotive manufacturer – to be included in this elite list.

Through the Ford Motor Company Fund, which is a non-profit organization and the philanthropic arm of Ford Motor Company, the company has invested $1.5 billion to build stronger communities worldwide, advancing Ford’s vision of making people’s lives better by empowering social mobility since 1949. In Romania, the Ford Fund started operating in 2014 and has already invested more than half a million Euros in educational and health projects, and supporting defensive driving programs such as Ford Driving Skills for Life.

Of course, we have to celebrate the launch of the EcoSport model in Craiova. This 200 million Euro investment by Ford demonstrates confidence in Romania and its talented workforce. It will create close to 1,700 new jobs here in Craiova. Investments of this scale require many partners. The Romanian Government over many years and many governments has demonstrated its commitments to the operations here in Craiova. It is a demonstration of the Government’s openness to American investment, and to meeting the business community’s needs regarding a stable policy environment and sound public infrastructure, which is critical to sustainable economic development.

So in conclusion let me offer my congratulations on the launch of the EcoSport to all of the employees of Ford Romania and to the great partnership that exists between Romania and the great American auto company Ford.