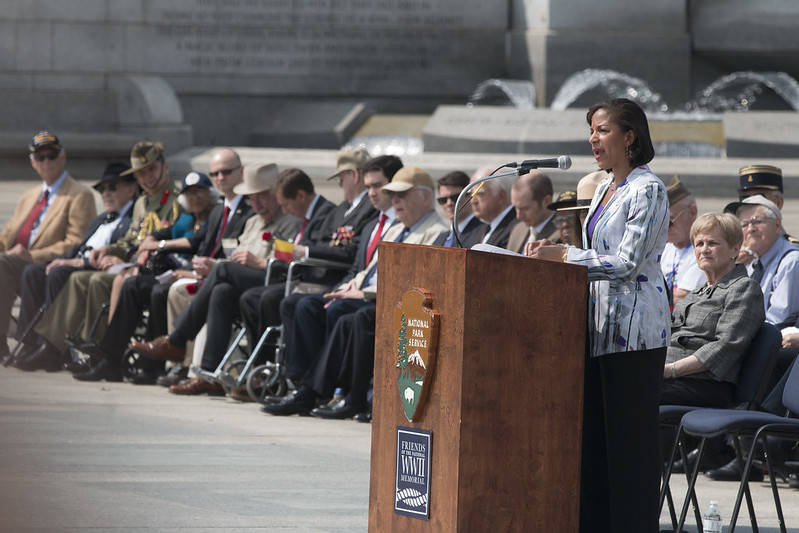 THE WHITE HOUSE
Office of the Press Secretary
FOR IMMEDIATE RELEASE
August 29, 2016

Less than a year ago, in response to an historic global refugee crisis, involving millions of Syrians in flight from violence and conflict, President Obama directed his Administration to increase the number of Syrian refugees provided safe haven in the United States.  While refugee admissions are only a small part of our broader humanitarian efforts in Syria and the region, the President understood the important message this decision would send, not just to the Syrian people but to the broader international community. As such, he set a goal of admitting 10,000 Syrian refugees this fiscal year. Millions have been displaced by the violence in the region, but this decision still represented a six-fold increase from the prior year, and was a meaningful step that we hope to build upon.

Today, I am pleased to announce that we will meet this goal more than a month ahead of schedule.  Our 10,000th Syrian refugee will arrive this afternoon.  On behalf of the President and his Administration, I extend the warmest of welcomes to each and every one of our Syrian arrivals, as well as the many other refugees resettled this year from all over the world.  We will admit at least 85,000 refugees in total this year, including vulnerable individuals and families from Burma, Democratic Republic of the Congo, El Salvador, Iraq, Somalia, Ukraine, and many other countries.

This achievement is a testament to the hard work and dedication of employees across the federal government.  Their commitment to meeting the President’s expectation that we both increase our refugee admissions and strengthen the integrity of the refugee program, including its stringent security screening protocols, has been essential to this effort.  We are also grateful to our many partners in international organizations and NGOs that play key roles in the program.  Above all, we thank the many generous communities throughout our country that have continued to open their arms to these new neighbors, demonstrating the values that have made our nation great.

With 65 million people displaced, including more than 21 million refugees, we are facing a significant global challenge.  Therefore, even as we have achieved this particular objective, we continue our work to strengthen the international response to humanitarian crises around the world.  In late September, world leaders will gather at the 71st session of the UN General Assembly.  There, President Obama will convene a Leaders’ Summit on Refugees, highlighting the continued leadership of the United States on humanitarian issues and the significant contributions partner countries have made this year.  The United States has committed to work with the international community to significantly increase humanitarian assistance funding, double the global number of refugees afforded opportunities for resettlement or other humanitarian admissions, and help empower refugees in countries of asylum. Together, we can build a more sustainable and responsive humanitarian system capable of meeting today’s unprecedented global humanitarian challenges.